: Viking legend has it that sailors could hold up crystal sunstones to the sky to help them find their way. Turns out the legend could be true. In a study published this week in the journal Proceedings of the Royal Society B, a team of researchers found that a type of crystal called an Icelandic spar commonly found in that country could accurately reveal the position of the sun in cloudy or near-dark conditions. How Vikings Got Around: 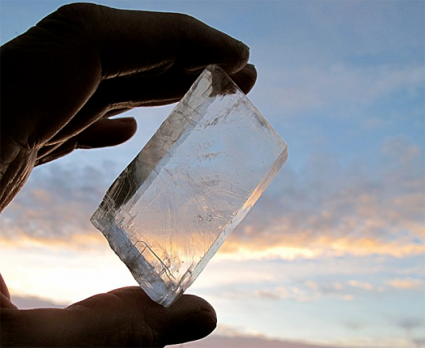 The Magic of Calcite:

Is This the Vikings' Secret?