A California scientist and cement obsessive has started to churn out cement that doesn't emit much carbon. Since we're not going to stop the world's population from expanding (realistically, any time soon) we should pave paradise the nice way. 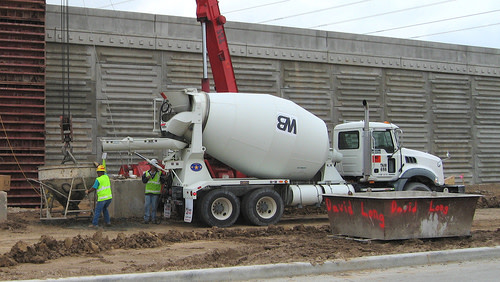 The big questions, as always, are: how much, how fast how cheap? Cement Guy claims cheaper than the normal cement. And that making it in bulk is no problem. And that its manufacturing process can actually absorb emissions from polluters like coal power plants. Cement accounts for about five percent of the carbon emissions in the world -- eliminating its contribution to global warming would be the equivalent of eliminating America. Or almost eliminating China. What a weird twist of fate that would be: if the way to make the world greener were to make it look more like one the post-industrial backdrops in the Halo games.