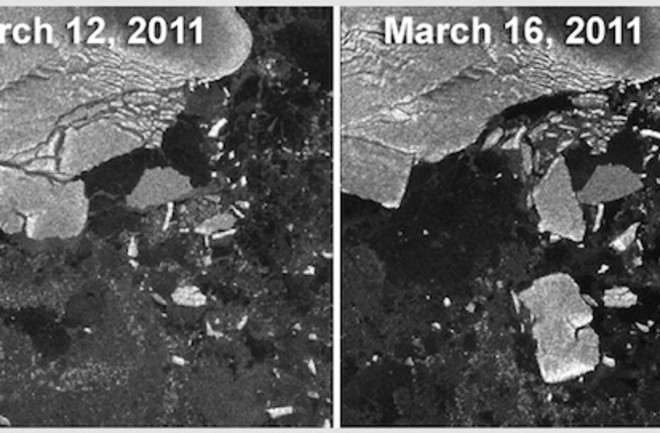 What's the News: The tsunami that deluged Japan in March was so strong that it broke off several large icebergs in Antarctica, 8,000 miles away, researchers report in a new paper [pdf]. Using satellite images, the researchers saw the tsunami causing new icebergs to split off---or calve---from an ice shelf, the first time such an event has been observed. How the Heck: