Is the Planet in a Period of "Megaquakes," or Just a String of Bad Luck? 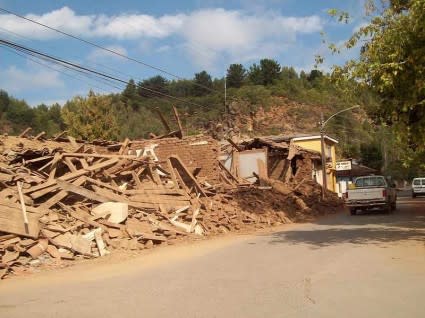 A house decimated by the 2010 earthquake in Chile.

What's the News: Enormous earthquakes are rare; there have been only seven quakes with a magnitude 8.8 or above since the start of the 20th century. Of those seven quakes, three of them have happened in the past seven years: off the coasts of Indonesia

last month. Some researchers think this earthquake cluster marks the start of a period of megaquakes, while others believe that the earthquake cluster is simply a statistical fluke, with these unusually massive quakes just happening to occur within a short amount of time, according to recent analyses

On the Other Hand: