Is the Once-Stable Part of Antarctica Starting to Melt? 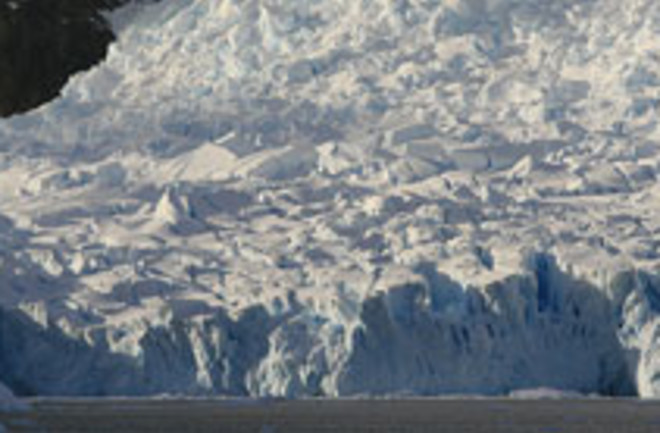 Climate change doesn't affect all places equally, and while Greenland and West Antarctica's glaciers have started slipping into the sea at an alarming rate, East Antarctica was actually gaining ice. But now that could be changing, as a Nature Geosciencestudy done with data from NASA's gravity-measuring satellites called GRACE suggests that the area could now be losing mass. East Antarctica is far too cold, even in summer, for any appreciable melting to happen. And since a warmer world means more precipitation, any extra snow that falls on East Antarctica stays there indefinitely. But,

starting in 2006, GRACE began to detect lower gravity over East Antarctica, suggesting that the ice sheet was getting less massive [TIME]

. The scientists note that there is a huge uncertainty in their numbers: GRACE data suggests a 57 billion-ton-per-year loss, plus or minus 52 billion tons. (The reason is that the bedrock beneath Antarctica could be bouncing back slightly with less ice to weigh it down, which would cross up GRACE's readings.)

Some researchers are not convinced that the continent is losing mass, since the margins for error in the team's analysis range between 5 and 109 billion tonnes of ice loss per year [New Scientist]

. While the amount of East Antarctica ice loss remains in doubt, you can't miss the huge chunks of Antarctic ice that have floated up near New Zealand this week and posed dangers for shipping.

This is only the second time in 78 years that large Antarctic icebergs have been sighted so far north. The previous occasion was in late 2006 when icebergs could be seen from the eastern coast of New Zealand's South Island, even from the hills around Christchurch [CNN]

80beats: Antarctica is Definitely Feeling the Heat from Global Warming

DISCOVER: Grace in Space looked at the Grace satellites in detail80beats: From 300 Miles Up, [Grace] Satellites See Water Crisis in India's Future