Is the Anti-Whaling Activist Who Boarded a Japanese Whaling Ship a Pirate? 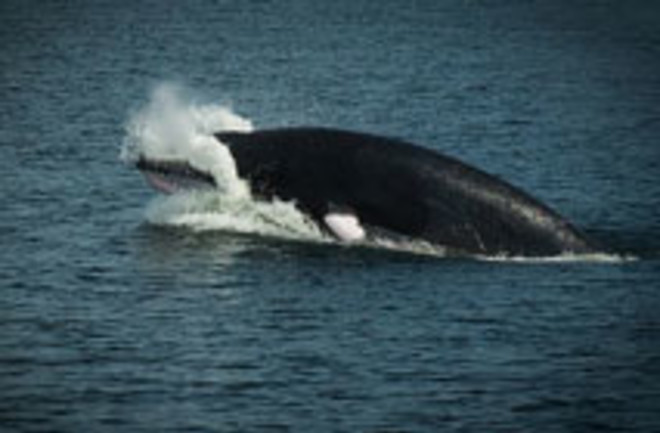 Is Paul Bethune a pirate? Bethune is an anti-whaling activist who boarded a Japanese whaling vessel on Monday, demanding to make a citizen's arrest of the skipper; he reportedly planned to charge the skipper with attempted murder due to the collision between the whaling boat and the activists' powerboat, the Ady Gil, last month. Not just that, he also slapped a bill on the captain, seeking $3 million dollars for the damage caused to the Ady Gil. Bethune is now being held in the whalers' custody, and may be tried in a Japanese court for charges of trespassing and assault. But one expert suggests that he also faces the possibility of being viewed as a pirate--for not just boarding a vessel illegally, but also making demands for money. This incident is the latest in an escalating series of skirmishes on the high seas between anti-whaling activists of the Sea Shepherd Conservation Society, of which Bethune is a member, and the Japanese whaling industry. The whaling wars have also intensified a diplomatic tussle between Japan and Australian and New Zealand, with the Kiwis demanding a halt to the hunting and the Australian government saying

it hasn’t ruled out the prospect of taking legal action against the whalers after gathering evidence that it’s presenting to the International Whaling Commission [BusinessWeek].

The International Whaling Commission placed a global moratorium on commercial whaling in 1986 but whales can still be killed for research purposes--a technical loophole that allows Japanese whalers to kill an estimated 1000 whales each year. The boats hunt

hundreds of mostly minke whales, which are not an endangered species. Whale meat not used for study is sold for consumption in Japan, which critics say is the real reason for the hunts [Associated Press]

. DISCOVER has documented complaints by American scientists that killing whales isn’t necessary for the research Japanese scientists are conducting. The International Whaling Commission continues to try to figure out how to amend its rules to contain Japan’s whaling efforts, thus far without success. Japan now has six whaling ships in Antarctic waters for "scientific purposes."

The Sea Shepherd sends vessels to confront the fleet each year, trying to block the whalers from firing harpoons and dangling ropes in the water to try to snarl the Japanese ships' propellers. The whalers have responded by firing water cannons and sonar devices meant to disorient the activists [Associated Press].

In recent days, activists have tried to one-up the whalers by throwing butyric bombs on board the vessels. These harmless bombs emit a foul odor similar to that of butter gone bad or vomit, making it hard for crew members to stay focused on work. For his part, if Bethune is charged with crimes by Japanese prosecutors he will stand trial in a Japanese

criminal justice system that apparently has a 99.8 per cent conviction rate [The Australian].