Several months ago, I wondered if the media's fascination with peak oil, which crested in the mid-2000s, had ended. A big concern of many in the energy/sustainability nexus had found expression in popular culture 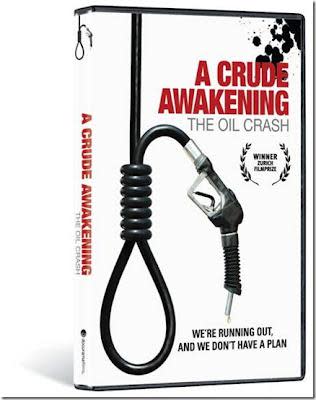 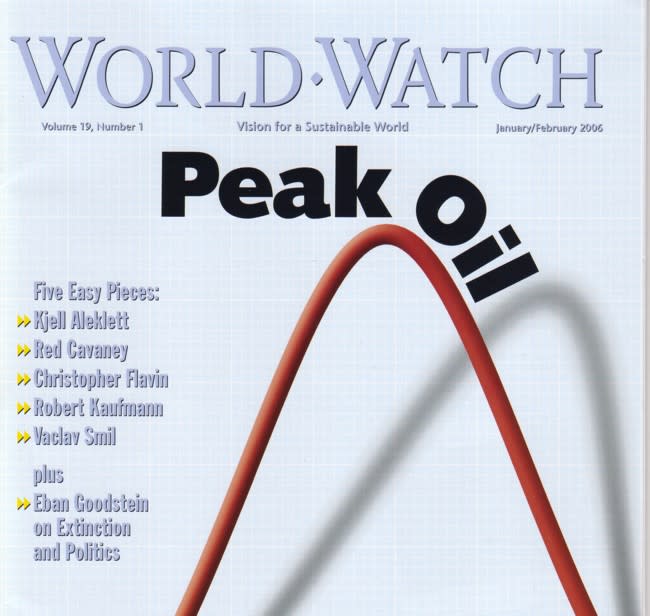 But now the zeitgeist has flipped, from crude awakening to crude abundance, thanks to advances in horizontal drilling and fracking. (Yes, this is not an unalloyed good.) The United States, which had for years been fretting about its dependence on foreign oil, is now producing a "tidal wave of oil" of its own, as one analyst recently put it in a CNNreport. The story of this turnaround can be told in one graph:

In May a press release on a new International Energy Agency (IEA) report was titled:

From a U.S. geopolitical perspective, this is good news; from a global climate perspective, it's not so good news. Regardless, the above-described trend has given rise to many peak oil is dead pronouncements. Not so fast huffed Chris Nelder, a respected energy analyst back in March:

Along those lines, I thought he a made number of legitimate points in this interview with Brad Plumer at The Washington Post. Still, the peak oil is dead narrative has been reinforced in recent weeks with news that The Oil Drum, a popular intellectual locus for peak oil conversation on the web, is closing down at the end of the month. The official announcement cites "the high expense of running the [web]site" and a "scarcity of new content," but it's hard to imagine this coming to pass if the world wasn't suddenly swimming in newly tapped fossil fuel reserves. Perhaps the cognitive dissonance became too much to bear. Personally, I found much value in the high-level discussions on natural resources and energy that were a staple of The Oil Drum, even if the overall slant was one I disagreed with. So I'm sorry to see the site close down. Others are chortling and seeing its demise as further proof of peak oil's demise. But what if the peak oil eulogies are premature? After all, as D. Ray Long, one proponent of the theory, argues:

He makes an excellent point in another post when he says:

It's important not to confuse "Peak Oil" with the "Peak Oil Debate" - a mistake many make. Peak Oil is simply a number, nothing more, nothing less.

This is true. But if the numbers aren't in your favor right now--and they won't be in the immediate future--then you can't sustain a debate on peak oil. That's why The Oil Drum is closing down and that's why the media and people in environmental circles are no longer talking about peak oil.