Instead of Throwing Christmas Trees Away, What If We Recycled Them? 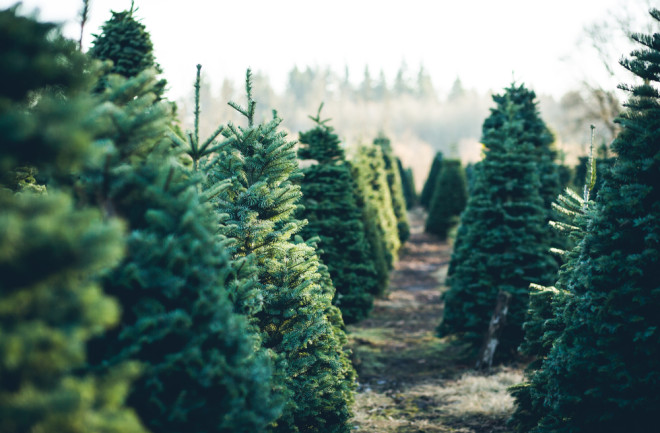 With the holiday season over, millions of people are taking down their Christmas trees. Only a few days ago, the iconic symbols brought visions of the sugar plum fairy and the magic of Santa. Yet, the trees will get tossed out with the rest of the week’s trash by week’s end to decompose in landfills. But now, researchers from Britain say they’ve found a way to bring second life to Christmas trees.

“A potential solution is to convert these used Christmas trees … into useful materials,” Cynthia Kartey, a chemical and biological engineer at the University of Sheffield in the United Kingdom who led the new research, said in a statement.

Kartey and her colleagues have developed a process to turn pine needles into compounds used in everyday household items such as food sweeteners, mouthwash and paint. The approach could help cut carbon emissions, too, according to the scientists.

Every year, millions of Christmas trees are incinerated or end up in landfills, where they decompose. In both cases, the trees emit greenhouse gases. But these cast-off remnants of holiday cheer could also be recycled.

Although pine needles are mostly a complex compound known as lignocellulose, Kartey discovered a simple process to turn the chemical into sugars and other useful compounds. Kartey’s approach, which uses heat and environmentally-friendly solvents such as glycerol, converts lignocellulose into a liquid that contains glucose, a food sweetener, and acetic acid, the main ingredient in vinegar. Acetic acid from the Christmas tree oil can also be used to make paint and adhesives, the team announced today.

“In the future, the tree that decorated your house over the festive period could be turned into paint to decorate your house once again,” Kartey said.

The technique is also a “zero-waste, sustainable process,” she said. The only by-product of making the oil is biochar, a product that can be used to drive other chemical reactions.

By adopting Kartey’s method, the Christmas tree pine needle oil could replace the less sustainable chemicals many industries currently use. Plus, fewer trees in landfills would reduce Christmas’ carbon footprint.

Kartey’s colleagues see the use of plant-based materials for industrial manufacturing as the way of the future.

“The use of biomass — materials derived from plants — to produce fuels and chemicals currently manufactured from fossil resources will play a key role in the future global economy,” said James McGregor, a chemical and biological engineer at the University of Sheffield with Kartey.