In Iceland, Bitcoin Mining Could Suck Up More Energy Than Homes 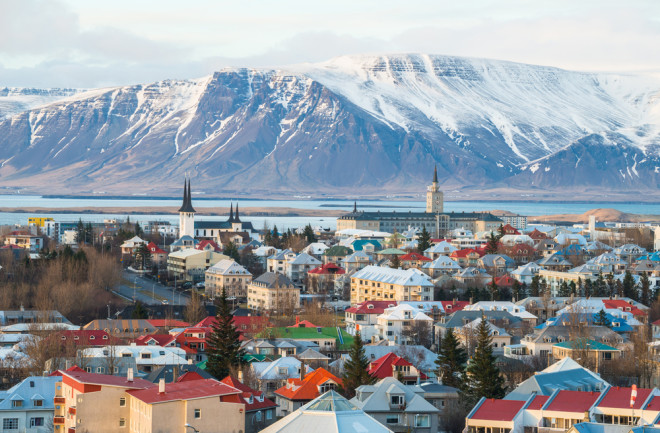 Reykjavik, in Iceland. (Credit: Boyloso/Shutterstock) Mining bitcoin is not a task for your average Joe. As far back as 2014, researchers estimated that profitable bitcoin mining was out of the reach of commercial hardware. The increasing difficulty of solving the equations that yield the digital currency means that it takes an entire server farm today to make it worth it. And you also might have to move to Iceland.

The tiny island country has become a hotbed of bitcoin activity because it's got an excess of two of the most crucial requirements for mining: cold air and energy. To "mine" a bitcoin, computers must solve mathematical equations that get progressively more difficult over time. The solutions to the equations, which are hard to get but easy to verify, ensure the legitimacy of transactions conducted with bitcoin, and miners are rewarded with bitcoins every time they process a transaction. It's estimated that there are a little more than 4 million bitcoins left to mine, for a total of 21 million. But those last few take the most effort — hence the server farms. Server farms suck up incredible amounts of energy — an estimated 70 billion kilowatt-hours of electricity went toward U.S. data centers in 2013 — and that costs money. Computers also put out large amounts of heat, and cooling the server farms takes energy as well. Iceland, though, is naturally cold, and even better, it sits atop a well of geothermal activity. Sixty-five percent of the country's power comes from geothermal, and the natural abundance keeps energy prices there. The conditions have made the country a mecca for bitcoin mining operations, so many, in fact, that their combined energy draw could soon outpace the amount of power consumed by all of Iceland's homes. According to the Associated Press, bitcoin farms are expected to suck up 100 megawatts of power this year, roughly double what they used last year. And it's got some residents worried. Icelandic Pirate Party representative Smari McCarthy has proposed taxing bitcoin miners, something the AP reports will likely find acceptance among Icelanders. He later expanded on his views on Twitter, saying that he believes further study is necessary to determine the impact bitcoin farms will have on the country. Chief among them is whether any of the value they create remains in the Icelandic economy, and the increased risk of hacking attacks bitcoin mining brings. Still, he says he believes that Iceland should embrace innovation — including bitcoin. While McCarthy may by cautiously optimistic, China, another popular location for bitcoin miners, recently went even further. The country says that it will crack down on bitcoin mining because of the onerous energy demands.