If We Start Geoengineering, There's No Going Back 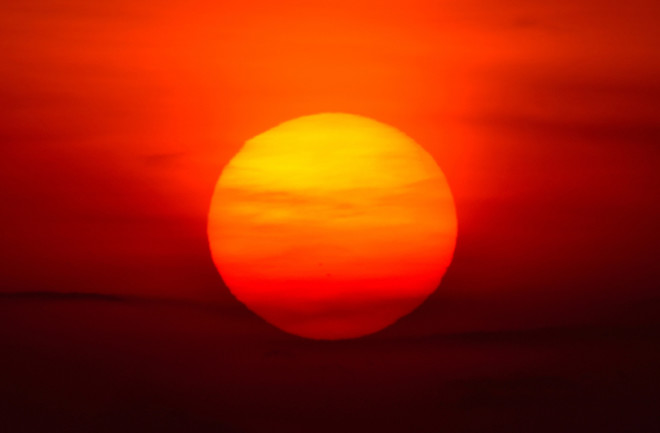 (Credit: aaltair/Shutterstock) When it comes to climate change, speed kills. The temperature changes that are causing heat waves, intense storms and other climate aberrations are dangerous today because they're happening so fast. The climate has indeed been as warm, and warmer even, in the past, but it reached those temperature levels over the course of thousands or millions of years — long enough for the changes to occur gradually. This time around, the climate is being altered too fast for animal and plant life to adapt. A suggested fix for climate change could make the problem even worse.

A new paper out today in Nature Ecology & Evolution looks at how geoengineering — the concept of artificially manipulating the atmosphere to counteract the effects of climate change — would affect biodiversity on Earth. The effects are a bit mixed, but the paper's real warning note comes from an analysis of what suddenly halting geoengineering efforts would mean. If we begin to alter the climate and then abruptly stop, the consequences would be much worse than if we had never even begun in the first place, the researchers say. For their analysis, researchers from the University of Maryland, Annapolis, Yale University and Rutgers University assume that humankind decides to begin geoengineering in the year 2020. Governments and scientists in this fictional (though plausible) alternate universe begin injecting sulfur aerosols into the climate at the equator, to the tune of five trillion grams (5 Tg) per year. This kind of geoengineering is called stratospheric aerosol injection (SAI) and it's one of the most commonly proposed scenarios for geoengineering. Where carbon dioxide holds onto heat, making the planet warmer, sulfur helps to reflect the sun's energy, meaning less enters our atmosphere and the planet gets cooler. For evidence that this works, all scientists need to do is look at volcanic eruptions, which pump millions of tons of sulfur dioxide into the atmosphere. There are noticeable dips in average global temperature following large-scale eruptions, and one of the most recent occurred in 1991 when Mt. Pinatubo erupted in the Philippines. Large parts of the planet experienced temperature decreases of almost a full degree Fahrenheit following the eruption. Five trillion grams is about a quarter of the amount of sulfur that Mt. Pinatubo ejected, so placing that much into the atmosphere every year could be sufficient to cool the climate appreciably. The results would be beneficial on balance, at least as far as we can tell right now, though there is some worry that this kind of geoengineering might skew rainfall in harmful ways.

However, the gravest danger that geoengineering poses is that it only masks the real problem. We might spray sulfur into the atmosphere, but there would still be too much carbon dioxide in the atmosphere. Therefore, if we were to stop geoengineering, the climate would snap back to where it was before, and likely get even worse, assuming that we didn't stop emitting CO2. That shift wouldn't happen on a scale of thousands of years, or even of decades, as it is now. If geoengineering were suddenly stopped after 50 years in 2070, the researchers' analysis shows that the climate would warm by more than a full degree on land in just ten years—that's an incredible level of volatility when considered at a global scale. The consequences for plants and animals could be severe. In the researchers' scenario, temperature changes are estimated to occur three times faster than if climate change had occurred at the predicted rate. That's a temperature change greater than in any other decade in the historical record, the researchers say, and more than any predicted under the climate forecast they use. It's also much faster than most plants and animals can adapt. Regions that harbor some of the greatest biodiversity on Earth, such as tropical oceans, the Amazon basin, Africa and Eurasia, would be most affected, they say. Species living in these regions would face conditions that they had never before experienced and could potentially die out. Ramping down geoengineering slowly would help to mitigate these problems—but that may not be an option. A geoengineering program would most likely be run by the government, or a coalition of governments, and would thus be subject to changes in political will. And when it comes to international cooperative agreements, nothing is ever guaranteed. The best solution, the researchers say, is to cut greenhouse gas emissions the old-fashioned ways. To keep temperature increases within the bounds proposed by the Paris Agreement, that means emissions will need to peak by 2020.