Hurricane Lorenzo Defies Forecasts, Strengthening Into a Monster and Setting an All-time Record 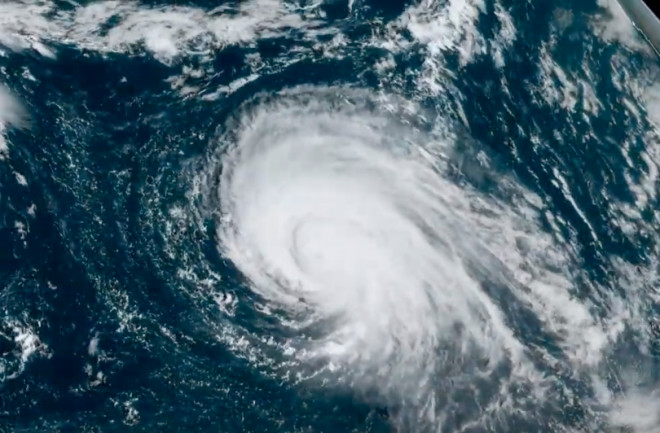 On Thursday, Sept. 26, the National Hurricane Center described Hurricane Lorenzo as “one of the largest and most powerful hurricanes of record for the central tropical Atlantic, with the only comparable hurricane [near there] in recent times being Gabrielle of 1989.”

Moving into the weekend, it was forecast to weaken. But then it shocked hurricane experts.

While churning over abnormally warm waters on Saturday evening, Lorenzo defied forecasts and strengthened even further. Howling with winds as high as 160 miles per hour, it became a Category 5 storm.

That makes it the single strongest hurricane ever observed that far north as well as that far east in the Atlantic Ocean.

In the Atlantic overall, just 2 percent of named storms ever achieve Category 5 status.

Lorenzo didn’t maintain its Category 5 status for long. As I’m writing this on Sunday morning, it’s now a Category 4 storm.

The storm is now forecast to head toward the Azores, continuing to weaken along the way. By late in the week, it is predicted to track near Ireland and the U.K. as a tropical storm.

Since modern satellite monitoring of hurricanes began in 1960, the Atlantic has seen 26 Category 5 storms. With Lorenzo, six Category 5 monsters have spun up in the Atlantic.

The current hurricane season has now seen two Category 5 storms in the Atlantic. And by one measure of hurricane activity, the season has already been a humdinger: It has now generated more accumulated cyclone energy, or ACE, than the average for an entire season, according to Colorado State University hurricane expert Phil Klotzbach.

Hurricane season in the Atlantic officially ends on Nov. 30. So the basin’s accumulated cyclone energy — a measure that integrates the frequency, intensity and duration of tropical cyclones — could well go higher still.