Hugo Chavez: "Any Cloud That Crosses Me, I'll Zap It So That It Rains" 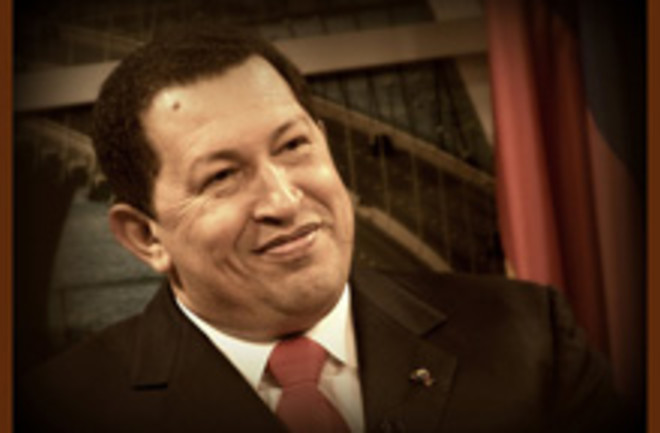 Hugo Chavez: ardent socialist, Venezuelan president, rain maker? A crippling drought in his country has led Chavez to embrace cloud seeding. This week, he announced that he will team up with Cuban scientists to fly through clouds and "zap" them with silver iodide so they produce precipitation, one of the most popular kinds of cloud seeding and the one China said it used to induce a snowstorm this February. Reuters was there to catch the president's excitement:

"I'm going in a plane; any cloud that crosses me, I'll zap it so that it rains," Chavez said.

Seeding the clouds doesn't do any good if there's no moisture to begin with, but we presume that President Chavez wants to try anything that might help. Anyway, "zapping" is a more pleasing alternative to threatening, which the president previously tried on his countrymen. From UPI

Earlier this month Chavez accused Venezuelans, including businesses, of wasting water and warned of tough punitive measures. He advised people ... to limit showering to three minutes. Jacuzzis, watering of lawns and flowerbeds and filling of swimming pools have all been banned.

For the sake of Venezuela's swimmers, horticulture enthusiasts, and hot tub manufacturers, here's hoping the president's plan is a success. Related Content: DISCOVER: Harnessing the Weather

The Intersection: When Will Geoengineering "Tip?"

Discoblog: Brazilians Urged to Pee in the Shower to Conserve Water