How to Save Gorillas: Turn People on to Snail Farming 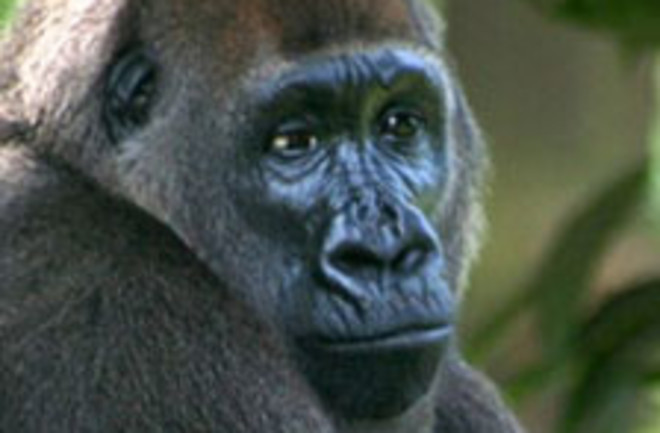 Gorilla conservationists in Nigeria have a new ally--snails. The critically endangered Cross River gorilla is under constant threat from poachers in this poor nation, as poachers kill the animals for their bushmeat or sell them illegally to traffickers in the exotic pet trade. With just 300 Cross River gorillas left, the Wildlife Conservation Society (WCS) hopes to offer locals an alternate source of both food and revenue so they'll leave the poor apes alone. Enter the snail. For this conservation project, the WCS picked eight former gorilla poachers and got them to start farming African giant snails, a local delicacy. The WCS helped the poachers construct snail pens and stocked each pen with 230 giant snails, writes Scientific American. As the snails breed quickly, farmers can expect a harvest of 3,000 snails per year. Scientific American adds:

According to WCS, this should end up being a fairly profitable enterprise for local farmers. Annual costs are estimated at just $87 per farmer, with profits around $413 per year. The meat of one gorilla, says the WCS, would net a poacher around $70.

Related Content: 80beats: Bushmeat Debate: How Can We Save Gorillas Without Starving People? 80beats: New Threat to Primates Worldwide: Being “Eaten Into Extinction” DISCOVER: Extinction–It’s What’s for DinnerImage: Wikipedia