How opposed to nuclear energy are liberals?

has a piece with the title A Rebel Filmmaker Tilts Conservative. What conservative tilt is being displayed here? It's Pandora's Promise, a film which serves as a sort apologia for nuclear power from environmentalists concerned about climate change. What confuses me is that I don't understand the specifically conservative tilt here, as I have many friends who evince a nuclear-friendly tilt without seeming politically conservative. Perhaps a generation ago anti-nuclear sentiment was strongly ideological colored, but more recently there has been a boomlet on the enviro-Left in favor of nuclear energy. The GSS has two variables which query this issue crossed with ideology rather well. Here's the query so you can replicate: Row: NUKEELEC NUKEGEN Column: POLVIEWS(r:1-3"Liberal";4"Moderate";5-7"Conservative") Selection filter(s): year(2010-*) 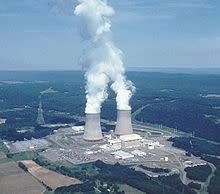 As you can see liberals do tend to be more skeptical of nuclear energy, but it is not stark. In fact, attitudes toward nuclear power seem to be as strongly, if not more so, variant on a populist vs. elite axis than conventional ideology. Here's the second question replicated for education:

But, when you look only at college educated individuals the ideology divide doesn't go away. In fact, it seems more extreme.

That's strong circumstantial evidence that the gap here is one of cultural norms and values, and not facts.