Half a Degree Makes a Big Difference for Global Climate 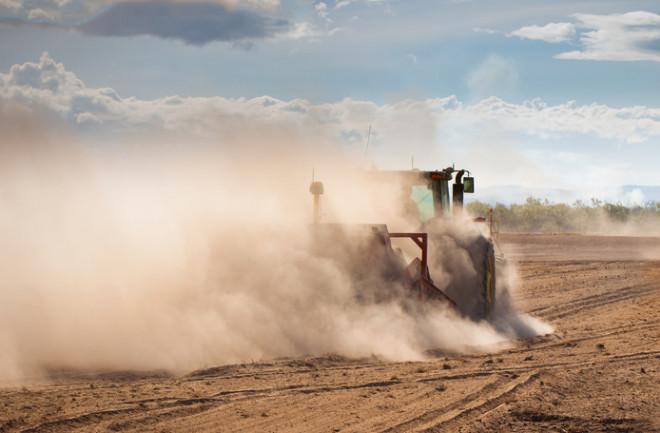 (Credit: Johan Larson/Shutterstock) World leaders meeting Friday at the United Nations headquarters in New York hope to make this Earth Day a historic one. More than 150 countries are expected to sign the Paris Agreement, an accord reached last December designed to keep global warming "well below" 2 degrees Celsius by the end of the century, with some nations arguing that the world should rally around a more stringent threshold of 1.5 C. And the difference between the two goals might be significant: A new study shows that the world would look substantially different if mean global temperatures rise by 2 C, rather than 1.5 C.

In the paper, a team of European researchers used multiple sets of climate models to analyze the difference between a planet that warms 1.5 degrees or 2 degrees by 2100. It's a fractional difference, but it holds significant ramifications for at-risk areas near the equator, as well as for populations in Third World countries that will be most affected by climate change. Sea levels would rise by a third of a foot more if the planet warms by 2 C as opposed to 1.5 C, and swelling coastal estuaries would allow the oceans to creep further into coastal cities. Under the 2 C scenario, nearly every reef worldwide would be at a high risk of degradation, compared to the still-unsettling 70 percent under the 1.5 C contingency, according to researchers' models. They published their work Thursday in the journal Earth System Dynamics.

The researchers find that poor countries near the equator have the most riding on a half degree. With another half a degree increase in temperature, Central America and West Africa would see a twofold decrease in crop yields, compounding issues of food production in regions that are among the most affected by hunger and starvation. Droughts too would grow worse in critical regions as the globe warms, the researchers say, with the Mediterranean at particular risk. Heat waves are also likely to increase in both length and duration in the tropics, affecting both crops and people. Central America, South Africa and Australia also stand to lose under this scenario, with the amount of water available decreasing by 10 percent under a 1.5 C scenario, and 20 percent if we reach the 2 C threshold. Most of the models researchers looked at predict increases in crop yields and water levels for regions near the poles, where warming temperatures could prove to be a boon for food production. However, these regions tend to be sparsely populated and more developed, meaning that an increase in food production won't yield much benefit locally. The populations with the most to lose from climate change, on the other hand, tend to live in areas that will be hardest hit.

This study provides an insightful perspective of the impact an imperceptible temperature difference can have when applied on a global scale. While half a degree may seem negligible, it's important to remember that it is a global average. In some "hot spots", temperatures are likely to increase far more, offset by smaller increases elsewhere. The impact climate change has on humanity rests on where these changes occur. The 2 C breaking point represents the extreme for the signees of the Paris Agreement, beyond which humanity enters unknown territory. Even well below that number, we still will not be spared from droughts and rising sea levels. The fate of the agreement now rests in the hands of individual countries that are responsible for enacting the measures laid out in Paris. It is well worth remembering that even small changes can make a big difference.