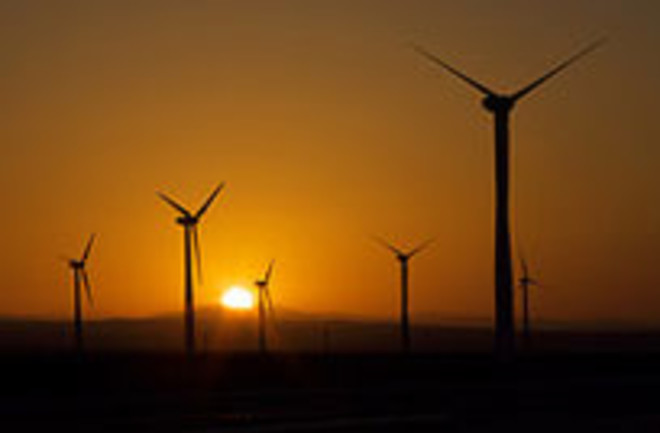 China currently leads the world in its use of renewable energy, and is poised to also take first place on investment in clean energy technologies, according to a new report from an international non-profit, The Climate Group. The report serves as a stark contrast to the steady drumbeat of recent news about China's pollution problems, which include the smoggy air of Beijing that may imperil Olympic athletes during this month's summer games. The report says that China has hardly shed all of its allegiance to dirty energy;

[I]t is building one coal-fired power station a week and its carbon dioxide emissions have surged since 2002, from seven percent of the global total to more than 24 percent [Reuters].

However, the government's investment in clean technology is on an upward trend, the report says.

In 2007, China's $12 billion investment in renewables was second only to Germany's; by 2009, China's renewables-investment is expected to be the world's largest [Grist].

While the report's authors acknowledge the major role China is currently playing in producing the greenhouse gases that lead to global warming, they say China's ongoing "clean revolution" has been largely ignored by Western nations.

"For too long, many governments, businesses and individuals have been wary of committing to action on climate change because they perceive that China - the world's largest emitter - is doing little to address the issue," said Steve Howard, chief executive of the Climate Group. "However, the reality is that China's government is beginning to unleash a low-carbon dragon which will power its future growth, development and energy security objectives" [The Guardian].

Some of the report's findings have to be understood in context, like the determination that China leads the world in installed capacity for renewable energy generation; it wins that title largely because of the controversial Three Gorges Dam, which has been criticized by environmentalists for its effects on wildlife and the landscape. But other sectors of China's renewable energy portfolio are likely to be applauded by environmentalists. According to the report, China is the world's fifth-largest wind-power producer, the biggest manufacturer of both solar panels and solar water heaters, and will soon be the world's top exporter of wind turbines