GM Cotton in China Drives Off One Pest, But Another Sneaks In 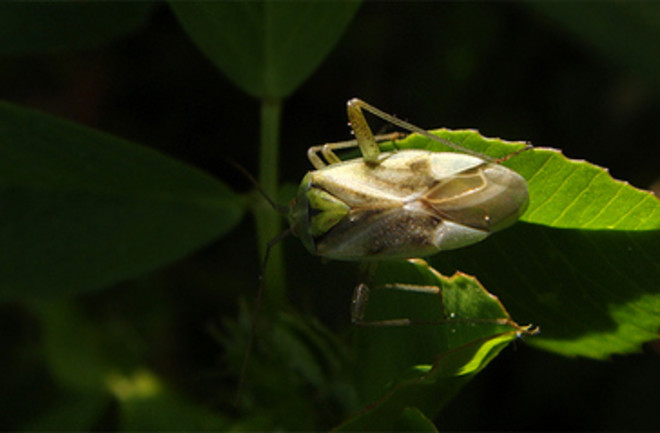 One pest withers; another takes its place. The Chinese government in 1997 approved Bt cotton. The crop, produced by U.S. agribusiness giant Monsanto, is genetically modified to produce a toxin that kills the bollworm, which has wreaked havoc on cotton crops. For its intended use, Bt cotton worked great: As DISCOVER covered in 2008, bollworms were in steep decline not only in cotton fields, but also in neighboring fields of corn and soybeans. But nature, as they say, abhors a vacuum, and targeting just one pest opens the door for others to come in. According to a decade-long study published in Science this week, it's happening. The new pest plaguing the 4 million hectares of Bt cotton in China is the mirid bug, research leader Kongming Wu says.

Numbers of mirid bugs (insects of the Miridae family), previously only minor pests in northern China, have increased 12-fold since 1997, they found. "Mirids are now a main pest in the region," says Wu. "Their rise in abundance is associated with the scale of Bt cotton cultivation" [Nature].

Operating in northern China, Wu's team monitored how much insecticide farmers used from the early 1990s up through 2008. They also tracked the mirid population from the time Bt cotton was introduced up to 2008.

Before switching to GM cotton, farmers used more broad-spectrum insecticides to kill bollworms and other pests. But as more farmers began growing Bt cotton, their use of sprays declined, leading to a steady rise in pests, including mirid bugs [The Guardian].

Farmers have always been playing cat-and-mouse with pests and weeds, of course. The reports last week of weeds becoming increasingly resistant to the weed-killer Roundup

was another reminder that nature adapts to our tricks, so while GM crops are often great at the their initial purpose, circumstances change. Cotton itself has been through many cycles of this before.

For example, the boll weevil was once the main worldwide threat to cotton. As farmers sprayed pesticides against the weevils, bollworms developed resistance and rose to become the primary pest. Similarly, stink bugs have replaced bollworms as the primary pest in southeastern United States since Bt cotton was introduced [Nature].