posted by Sheril R. KirshenbaumJerry Lewis is a Congressman representing the 41st District of California. Jerry Lewis is also a comedian from Newark, New Jersey. 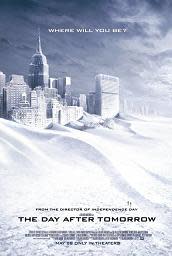 I imagine it's confusing to share a name with someone famous. Even more unusual is the case of the Jerry Lewises because both fellows have independently and collectively made names for themselves. Well it turns out the Congressman has quite a sense of humor - arguably rivaling that of the comedian. As former chairman of the House Appropriations Committee, he had this to say regarding a substantial spending boost for NOAA's oceans and climate programs: "It's amazing how little we know about the science of our environment and a thing called climate change. Before we automatically throw money into this subject matter we ought to know what we're talking about. Global warming is apparently a problem, but global cooling can be as well." I can't help but wonder if the Congressman is also fan of Dennis Quaid films. It appears he is suggesting that because we don't know about something, we should fight the research funding bill. While the funny man may have mastered slapstick, Congressman Jerry Lewis nails absurd paradox. As for me, I'm with Senator Mikulski (D-Md) who acknowledged NOAA is "undervalued, underappreciated, and underfunded." We both think it's time to change that. For until we understand the nuances of global cooling theory, I'm encouraged this agency is receiving the resources it desperately needs.