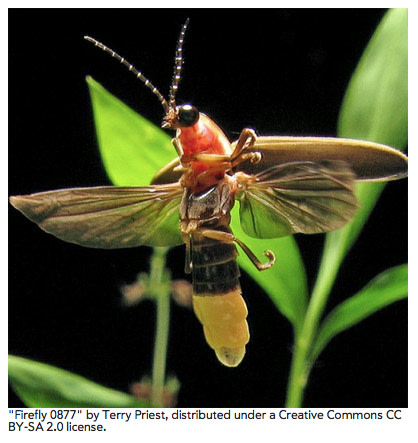 Greg Fiske grew up on a farm in New Hampshire that has been in his family for over 200 years. “My ancestors cut hay and grazed their animals on the same fields as my family does today,” says Greg. The history books tell us that Fiskes lived on and farmed the same land dating back to the mid 1700's. “I have family journals that detail the backbreaking and sweaty work of running the scythe all day, stacking the hay on wagons, and then finally in the loft of the barn,” he adds. Hay is still harvested from the same field. “And fireflies abound in this habitat. After the hay is cut they become especially apparent. On some nights in late summer it’s hard to tell the difference between the flies in the field and the stars in the sky,” says Greg. Fireflies blink and glow like stars on a late summer’s eve because they have light-producing capabilities to make visual signals when it grows dark—signals that attract a mate. All living creatures must attract a mate to reproduce. Crickets sing, paradise birds use color and choreography, and dark maned lions are the most alluring to the ladies. Male fireflies flash while patrolling an area. If a female is impressed, she answers him by flashing from a perch on the ground or from a shrub. It’s the female’s choice to mate with a particular male and if for some reason she thinks he’s a loser, she just doesn’t respond to his flash, and he can’t find her. For most people, the flash of one firefly is no different to another, but there are typically a variety of species living in a grassy meadow at the same time. Each firefly needs its own unique method of connecting with a mate of his own kind. Consequently every species produces a distinctive flash pattern, with each one differing in terms of color, duration, number of flashes, interval time between flashes or the time of night when they are active. Don Salvatore, an educator at the Museum of Science for the last 37 years, and a coordinator for the Firefly Watch Project says, “We expected for example to see the number of fireflies around street lights to be fewer than elsewhere, but when this didn’t materialize we realized there might be two basic groups of fireflies—one that comes out at dusk, and another that comes out when it’s dark.” These two groups comprise a variety of species. “When we didn’t find what we were expecting, the next question became—are the ones coming out at dusk just staying out longer when they are around street lights?” Knowing what impact humans have on fireflies is key to a better understanding of these insects. 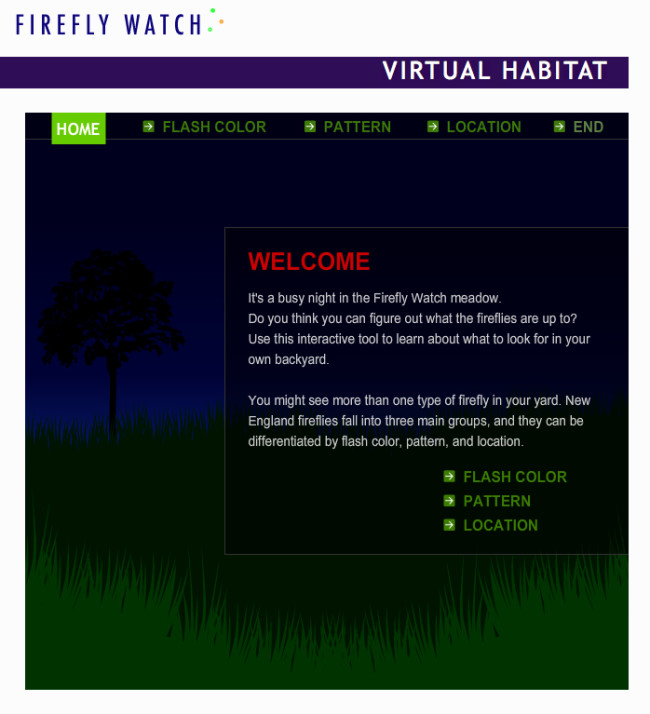 When Greg Fiske visits his family farm it’s a memorable experience, but what exactly is he seeing? How many different types of fireflies are among the flashing lights? Can he tell if they are male or female? Why are they flashing? Also known as lightning bugs, fireflies are neither bugs nor flies; they are actually beetles, which have two pairs of wings. The outer pair is hard and held outright during flight like the wings of an airplane. The softer inner pair beat to provide power and control the beetle's flight. With about 15 species living in New England, the Photinus is the most common firefly in the region. It is about one half inch in length, and produces a yellow-green flash. Pyractomena is about the same size as Photinus, but its flash is often amber colored—not unlike the color of a spark flung from an angle grinder in the soft light of a barn. The Photuris firefly is the biggest of the three, about an inch long, with very long legs. The dark green flash of Photuris can be brighter than that of Photinus, but these fireflies are more difficult to identify. Turns out, those blinking beetles are amazing little creatures with an inordinate amount of diversity. And that’s where you can help. Scientists may know the natural history of these three genera, but what they don’t know is how humans impact them. Does fertilizer harm them, the amount of times you mow the grass, and what affect are pesticides and weed killers having on fireflies? You can help the Museum of Science answer these questions by participating in their Firefly Watch program this summer. The museum is asking volunteers to register an account and watch their backyard for fireflies for just ten minutes, once a week through the summer. Check out this virtual window that shows you just what to look out for, and how to identify those blinking little beetles. Pick a location, visit it for a few minutes every week—take a date, pack a picnic or round up the kids—and watch both the fireflies and the stars. When you get home, enter the info online here. It’s that simple, and could make for a memorable summer. 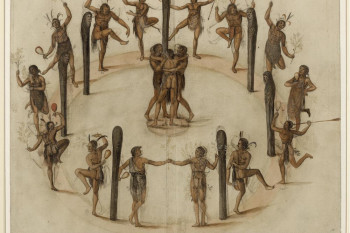