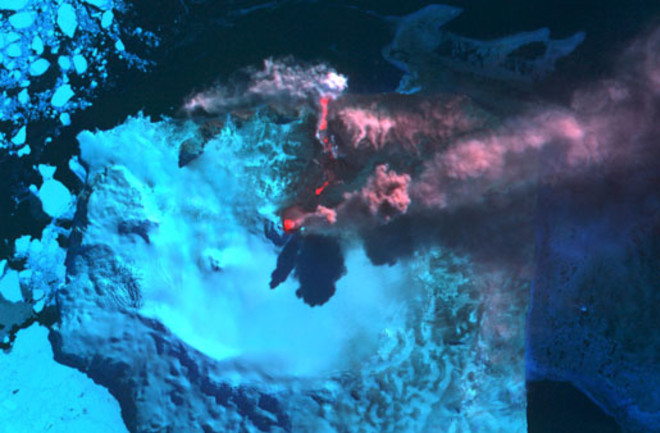 Mount Belinda has begun erupting beneath its thick cover of polar ice, allowing scientists their first chance to examine an Antarctic lava flow in action. The volcano is part of the South Sandwich Islands chain, which stretches from the southern tip of South America to the Antarctic mainland. During four weeks last fall, Mount Belinda spewed more than 100,000,000 gallons of lava in a 300-foot-wide molten river that stretches from the summit to the sea. Ice heated by the eruption forms what may currently be the greatest flow of freshwater on Earth. NASA's Terra satellite snaps detailed images of the activity twice a month. In this false-color view, red denotes hot areas, blue is snow, pink is ash, and white is steam.