With more than 9 million acres burned, the U.S. endured one of the worst fire seasons since 1960. 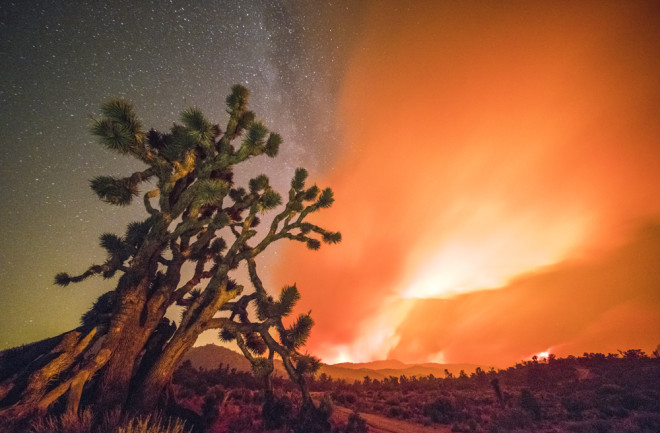 The Lake Fire in California’s San Bernardino County scorched more than 30,000 acres in the summer of 2015. By late fall, about 9.3 million acres had burned in the U.S., placing 2015 among the top four worst fire seasons since 1960. | Stuart Palley

Flames swept across more than 9 million acres from Alaska to Texas in 2015, burning through forests, grasslands, tundra — and over half the U.S. Forest Service budget. That much scorched earth was unheard of 30 years ago, and the U.S. isn’t alone: Wildfires are gaining ground worldwide, according to a July study.

In the U.S., fire seasons are now 78 days longer than in the 1970s, and the burned acreage is projected to double by 2050, according to the Forest Service. Within a decade, suppressing fires will consume two-thirds of the Forest Service’s annual budget, with “no end in sight,” says agency Chief Tom Tidwell.

Globally, nearly every continent faces longer fire seasons, a trend tied to the changing climate, according to the July study published in Nature Communications. Between 1979 and 2013, increases in temperature and wind speeds along with more rain-free days combined to stretch fire seasons worldwide by nearly 20 percent.