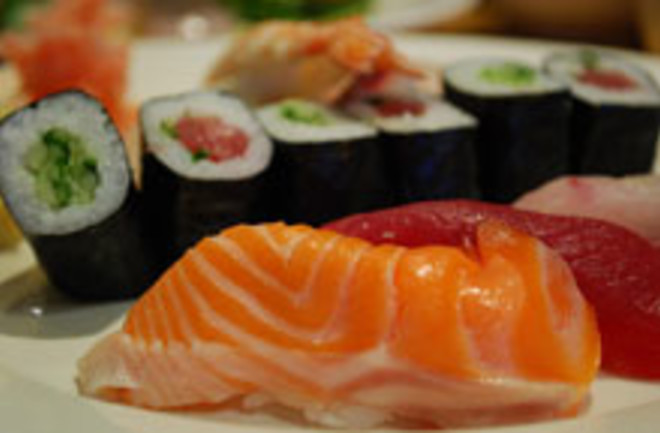 An FDA advisory panel has decided what it thinks about genetically modified salmon, and its decision is to not make a decision. The committee says it doesn't have enough data to fully support approving the biotech salmon, which would make it the first such animal in the country.

"We are missing data," said panel member James McKean, a professor at Iowa State University. He said that "leaves a cloud" over the FDA staff's analysis. [Wall Street Journal]

But some other panel members agreed with the FDA's position that the fish was fine.

The AquaAdvantage salmon was created by adding two genes: an alternate version of the salmon's growth hormone, taken from its cousin the Chinook salmon, which allows them to grow muscle faster; and a gene regulator from the ocean pout, which allows them to continue growing muscle even under cold conditions. Some committee members are worried that the fish will escape and disrupt the natural ecosystem. AquaBounty is currently growing only sterile female fish in inland tanks, but the FDA panel worried about what might happen when many facilities are growing the fish, which would be harder to monitor. The committee's second main worry stems from a small study of the GM fish's allergenic properties, where researchers found that there was a slight, though not statistically significant, increase in the fish's allergenic potential. Only six of the AquAdvantage fish were tested and it was not clear how much of an increase is meaningful.

Kevin Wells, an assistant professor at the University of Missouri and a committee member, said he doubted the fish would cause extra allergies. “The salmon contains nothing that isn’t in the human diet,” he said. [New York Times]

While the committee is asking for more information, AquaBounty says the company has provided more than enough info for the panel to make their decision.

Ron Stotish, the CEO of AquaBounty Technologies, said after the hearing that the committee misinterpreted much of the data and got confused by the "enormous" amount of data presented to them during the hearing, which lasted more than eight hours. [ABC News]

on AquaBounty's application, and it has not set a timeline for when it will decide the fish's fate. Correction, September 22, 2010: The post originally quoted Wenonah Hauter, executive director of Food and Water Watch, and mis-identified her as a member of the FDA advisory panel. Hauter did speak against approval of the AquAdvantage fish, but she is not on the panel. Related content: Not Exactly Rocket Science: Farmed salmon decimate wild populations by exposing them to parasites

Science Not Fiction: You Got Genetic Engineered Fish in My Dish!