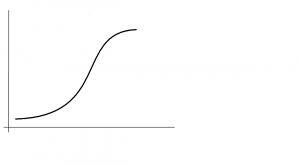 One of my major gripes with my friends in ecology is that there is a tendency to look at every problem through the lens of ecological models.Garrett Hardin, who popularized the term "tragedy of the commons" is an exemplar of this. People in ecology often get irritated by the public confusion between it, a positive scientific discipline, and environmentalism, a normative set of beliefs (it doesn't help when some environmentalist groups have names like "ecology movement"). But the fact is there are deep commonalities in terms of prior assumptions by both ecologists and environmentalists. Despite evolutionary ecology, the reality is that ecologists seem to be characterized by a mindset which posits limits to growth and a finite set of responses to the challenges of scarce resources. That is, the Malthusian paradigm. I bring this up because despite the similarities between ecology and economics it strikes me that ecologists often have a difficult time admitting that the parameters of the model which they think they have a good grasp of may not always be fixed. Incentives and innovation can shift the dynamics radically. Consider George Monbiot's about face on "peak oil," We were wrong on peak oil. There's enough to fry us all:

A report by the oil executive Leonardo Maugeri, published by Harvard University, provides compelling evidence that a new oil boom has begun. The constraints on oil supply over the past 10 years appear to have had more to do with money than geology. The low prices before 2003 had discouraged investors from developing difficult fields. The high prices of the past few years have changed that. Maugeri's analysis of projects in 23 countries suggests that global oil supplies are likely to rise by a net 17m barrels per day (to 110m) by 2020. This, he says, is "the largest potential addition to the world's oil supply capacity since the 1980s". The investments required to make this boom happen depend on a long-term price of $70 a barrel – the current cost of Brent crude is $95. Money is now flooding into new oil: a trillion dollars has been spent in the past two years; a record $600bn is lined up for 2012.

Let's take Monbiot's assertion as a given, that we are not entering an era of hydrocarbon scarcity. Why? As he outlines increasing demand, flat supply, and higher profits, stimulated exploration and innovation, generating more supply. This isn't rocket science, critics of peak oil were pointing out this likelihood back in the mid-2000s. What this reminds me of is evolution. A eternal and circuitous race across a fluctuating 'adaptive landscape,' with fitness target constantly shifting. Of course evolutionary process is not such that anything is possible. This is still science, and science has limits. But evolutionary process is often surprising in its ingenuity. Similarly, over the past 250 years or so human ingenuity has been surprising. This doesn't mean we should bet on this lasting forever, the Malthusian condition has been the norm for almost all of human history. But, we should never forget the power of innovation and incentives when we consider policies at the intersection of the environment and economics. I don't get irritated when the general public operates with Malthusian assumptions. But I do get irritated when biologists, and especially ecologists, seem to act as if human economic history since 1800 simply hadn't happened.