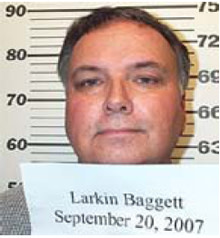 Jun Wang dumped fuel from his tanker trunk into Little Beaver Creek in Kettering, Ohio. Allesandro and Carlos Giordano, a father and son team, imported and sold cars that didn't meet U.S. emissions standards. These are just some of the characters on the Environmental Protection Agency's new "Most Wanted" list of environmental fugitives. The list is posted on the agency's website and includes mugshots of 23 people along with their alleged violations and suspected whereabouts. And the EPA wants your help in capturing them. The Web site has information on who to call if you see any of the suspects—it's usually the Criminal Investigation Division office in the city where they were charged. There are also Wanted posters you can print out. But don't, they warn, take green justice into your own hands: "Do not attempt to apprehend any of these individuals," the Web site declares. In case you're in Utah, watch out especially for acid-dumping fugitive Larkin Bagget—he's believed to be armed and dangerous "due to the large amount of weapons in his possession at the time of his arrest."Most of the fugitives, however, appear to have fled the U.S. and are hiding out abroad, from Belgium to China to the Philippines. According to the site, only two environmental fugitives were captured in 2008. Maybe they would have more success if they posted a reward—or created a spinoff TV show hosted by John Walsh. Walter D. James III, an environmental lawyer, doesn't think the site will do much to stop the environmental criminals of tomorrow: "It's like telling John Gotti he is a bad man," he said. "Is that going to matter to John Gotti?" Related Content: Discoblog: Artist Pollutes to Criticize Carbon Offsets Discoblog: Crime-Fighting Polymer Reads Letters in Sealed Envelopes Discoblog: DNA Cops Crack Down on Flower Theft and Other High CrimesImage: EPA