Energy Is the Big Issue. Smart Investment Energy Could Bring the Big Solution.

Climatologist Ken Caldeira looks at where we're going over the next 30 years. 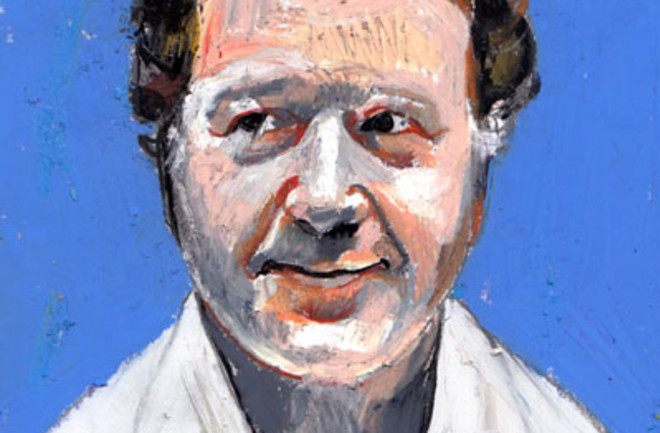 In my main area of research, climate science, the big issue is energy. Because most of our energy technologies are relatively mature, my guess is that, over the next few decades, we’re more likely to see incremental improvements in technology rather than breakthroughs. The exception to that might be in the direct conversion of sunlight to chemically stored energy, where, for example, you’d have sunlight break down water and you’d get hydrogen. If you could directly produce chemical fuel from sunlight and do it affordably, that would open up the prospect of making a substitute for oil that wouldn’t involve transferring carbon from the ground to the atmosphere. That could really be a game changer. The main stumbling block there is the scale of investment. Right now we spend more money in this country on potato chips than the Department of Energy spends on energy R&D. Industry invests in things that can be commercialized in a few years; I hope we can develop a funding mechanism that works for really forward-thinking basic energy research.

More broadly, the biggest change that I think will come is the ability to grow new tissues and organs, combined with the ability to implant machines in people. That’s something we’re seeing already, with people getting deep brain–stimulating implants to deal with epilepsy and with the installation of heart defibrillators. This combination—advances in biological tissues and further integration of humans with machines—has the potential to really change things over the next few decades. It could transform the way people look at life and aging. As an individual, I hope these things get developed by the time I need them. From the perspective of society as a whole and what it means to be human, it’s harder to say whether the ramifications will be good or bad. Aging, dying, and letting the next generation take over have always been part of the fundamental human condition. If we start modifying that, the ultimate repercussions are difficult to predict. But I think it will happen. Implants could also take us to a new stage of the computer revolution. We might have an Internet connection directly to our brains and have constant information access. I don’t know if that will happen within 30 years, but I think it’s the direction we’re heading in.

Ken Caldeira is a senior scientist with the Carnegie Insti­tution for Science and a member of the National Research Council’s panel on the science of climate change.