Ecuadorian voters are considering bestowing the basic rights widely granted to humans upon natural entities. This means rivers, air, tropical forests, islands, and so on, will have an inalienable right to not be abused or destroyed or treated purely as property. 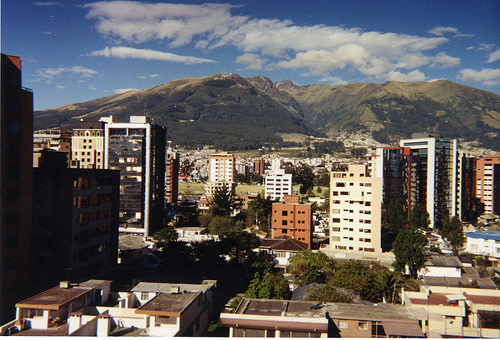 The new law on the table is actually a new constitution--not the kind of thing we generally go in for up here in the states, but so far polls show the Ecuadorians are into it, 56% to 23%. While this might initially sound like the latest in Latin American radicalism, a lawyer from the US, Thomas Linzey, is behind the proposal. He says the upshot will be that it will be possible to sue for damages to an ecosystem if the ecosystem isn't on your property. Not only is this non-anthropocentric, which isn't that new (PETA is non-anthropocentric), it's non-animal-centric. Actually, non-life-centric.