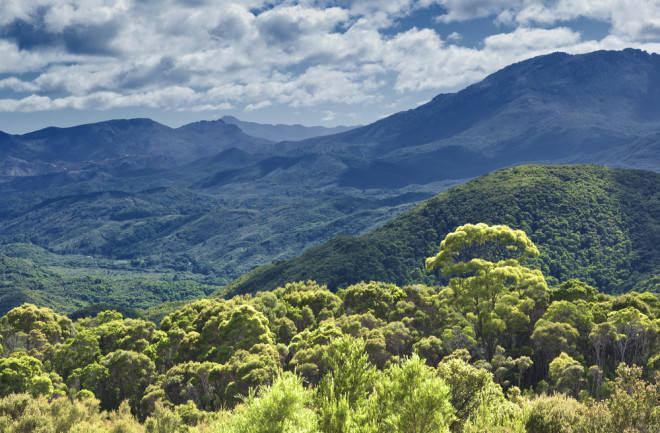 (Credit: Markus Gann/Shutterstock) A new paper reports that over half of Earth’s land area has suffered biodiversity loss beyond “safe limits.” The study, released Thursday in Science, compiles a global dataset of biodiversity change and compares it to human land use patterns. The analysis shows that 58 percent of Earth’s land, which is home to 71 percent of the human population, has surpassed a recently proposed safe limit for biodiversity loss, beyond which ecosystems may no longer support human societies. While the news sounds dire, other ecologists contend that the very notion of setting “safe limits” is a danger in itself, and criticize this line-in-the-sand approach to assessing the planet’s ecological health. In fact, critics say setting a limit may do more harm than good.

“We’re crossing into a zone of uncertainty,” says lead scientist Tim Newbold of University College London. The safe limit is defined as a 10 percent reduction in the Biodiversity Intactness Index (BII), a measure of population abundances across many species relative to their numbers in the preindustrial era. The measure comes from the Planetary Boundaries framework proposed in 2009 and updated in 2015, which aims to set limits on properties of Earth to ensure a “safe operating space” — that is, environmental conditions suitable for us agricultural, industrial humans.

The total abundance of species occurring in primary vegetation (A), and the richness of species occurring in primary vegetation (B). (Credit: Newbold, et. al.)  The Planetary Boundaries (PBs) are based on measurable properties for nine categories including climate change, ocean acidification and ozone depletion. For each category, scientists have tried to establish a safe zone, a zone of uncertainty and a high-risk zone. The study by Newbold and colleagues is the most comprehensive assessment to date of where we stand on the Planetary Boundary scale in terms of biodiversity. It is “really an impressive analysis bringing to bear some of the best datasets that we have,” says biologist Tom Oliver of the University of Reading, who wasn’t involved in the study. After analyzing over 2 million records of nearly 40,000 species from 20,000 sites, the authors report that on average biodiversity, as measured by BII, has fallen by 15 percent. This means most of Earth’s land and people are in areas beyond the safe limit, in the zone of uncertainty. Many species are critically threatened, and so are the services they provide humans such as pollination, decomposition, and sustenance. The “fact that we’ve lost biodiversity isn’t surprising,” says Newbold. What is surprising is “the magnitude of the change … how much of the world’s land surface has gone past the boundary.” Are We Really Past the Boundary? However, determining where the safe limit is — and how much of the planet is past it — is problematic. “This thing is a house of cards … one assumption after another,” says Erle Ellis, director of the Laboratory of Anthropogenic Landscape Ecology at the University of Maryland, Baltimore County. The 10 percent reduction in BII marks the beginning of a large zone of uncertainty — from 10 percent to 70 percent reduction — over which scientists cannot be sure how the Earth System will respond. One source of uncertainty is the influence of non-native species, which can help, hurt or have no effect on a given ecosystem. The health of an ecosystem also depends on complex interactions between species serving different functions. This balance is hard to quantify, let alone in a single number, such as BII. For analogy, Ellis says, “Would you know whether your country is in good condition if you just had the GDP? GDP goes up during wars. Is that good?” An earlier study on defining the PB for biodiversity recommended consideration of at least 22 variables, stating that single measures such as BII, “are unable to reflect the key features of biodiversity important for humanity.” The PB scientists proposed BII as an “interim control variable” and Newbold admits that it “is just a provisional way of measuring pending better information.” Despite the uncertainties, Oliver praised the Newbold study, saying, “the scientists are taking a brave step in going beyond just quantifying the extent of biodiversity decline to trying to link that to the impacts on people.”

Is There a Boundary?

Ellis also argues that the PBs are subjective and not scientifically determined. Moreover, they send a public message that the only reason to conserve nature is for the services it provides us. “We don’t know what the safe limit is. We shouldn’t even try to find that out … Our goal is not to change the planet up to its safe limits,” says Ellis. Reporting that we have crossed the safe limit for biodiversity loss can invoke both crisis mentality and complacency with regard to environmental action. The crisis mentality can lead to extreme actions, like how the threat of terrorism has been used to justify torture, says Ellis. Alternatively, people may realize that we have passed this threshold without immediate negative consequences, and it “creates a false sense of security,” he adds. Oliver supports the team’s decision to apply their data to the PB framework. “Even though there can be large uncertainties and it can be uncomfortable for quantitative scientists … unless we can link what this means to people, it’s hard to persuade decision makers,” he says. Newbold acknowledges the criticisms of PBs, but feels that the importance of the study is the quantification of biodiversity loss. “Whether you cast it in terms of Planetary Boundaries or not, we’ve lost a significant portion of biodiversity,” says Newbold.