Celebrate the 50th anniversary of Earth Day with a digital dose of the great outdoors. Your efforts will help researchers track the natural world. 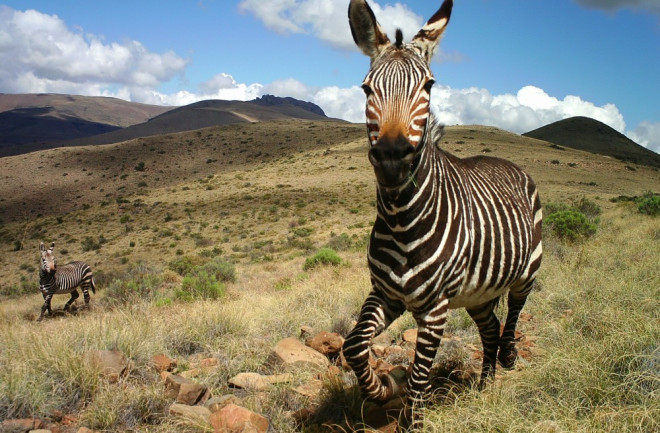 Today marks the 50th anniversary of Earth Day, a time of year when many people get outside to take part in community clean-ups and environmental celebrations. But this year is different. Schools and parks have closed, and we’re left to celebrate while social distancing.

This list of citizen science activities and projects can help you get a digital dose of the great outdoors from the safety of your home. And it will also help researchers — who are stuck inside just like the rest of us — keep track of the natural world. After all, we may be cooped up indoors, but life carries on for the other inhabitants of Earth.

Join a live, Earth Day talk with scientists as they walk you through their citizen science projects to monitor wildlife populations and more.

(Credit: Snapshot Serengeti and the University of Minnesota Lion Center)

Snapshot Safari is a surprisingly addictive citizen science effort that asks users to spot a host of animals captured on wildlife cams. A project of Zooniverse, the effort has millions of images from camera traps that they need your help identifying.

Narrowing filters will guide you through the process thanks to a range of characterization questions, such as what other animal it looks like (cat, deer, monkey, horse), as well as its colors, patterns and even the shape of its tail.

By the time you’ve finished looking at an image, what seems like an oddly patterned horse’s butt has become a successful oryx sighting. Along the way, you’ll also see things like candid images of baby baboons at watering holes and rhinos lurking in the dark.

The best part is that the data helps conservation groups protect African animals. Your classifications are validated and then made available to scientists, so they can study how animals coexist, interact and compete in many habitats that use different management strategies. As the project website puts it: “The results will contribute to the development and refinement of important methods to conserve some of the most beloved species and ecosystems on our planet.”

Can’t get outside for a bird-watching hike? You can still watch birds on wildlife cams and help researchers digitally tag the animals with the Bird Cams Lab. The effort also has a strong community component that lets users ask questions and even help shape the research.

The project is hosted by Cornell University’s Lab of Ornithology, one of the world’s top centers for bird research. By observing their livestreams and archived videos of wild bird nests and feeders, you can help scientists make new discoveries about our feathered friends.

One favorite is the Red-tailed Hawk Cam, which gives you a glimpse into the lives of a mating hawk pair that lives above the university’s athletic field.

Not an expert birdwatcher? You can still help ornithologists out via wildlife cam — or drone cam, anyway. For this project, you can join in as long as you can tell a duck from a crane, the scientists say. The project was created in a collaboration between researchers at the University of New Mexico and the U.S. Fish and Wildlife Service. The team aims to build an algorithm that can use drone imagery to identify and count birds, all on its own.

This work is typically done by eyesight in real time, as humans count migratory birds from airplanes or on the ground. But both of these methods tend to undercount birds by up to 30 percent, researchers say. That’s why scientists would rather use computer imagery analysis. But, first, they need to train their algorithm on how to identify what is a bird rather than something like a rock. And then they also need the algorithm to be able to tell different species of birds apart.

Signing up for the project is fast and easy, so you’ll be drawing rectangles around ducks in no time.

Track the Oceans During COVID-19

If you live along the beach and are blessed with ocean access during your self-isolation, researchers with eOceans could use your help tracking changes to our coastlines as a result of the pandemic. Researchers think the changes brought about by COVID-19 could have long-term impacts on nature. They’re interested in reports of animal and human activity, or even a sighting of nothing at all — like an empty beach.

The project uses a mobile app and asks users to document your ocean vantage point anytime you’re at the coast. But instead of looking for exciting specific findings — like a picture of a shark — eOceans is interested in reports of what’s happening at particular points in time. They also ask you to include your activity, like that you were fishing or lounging at the beach, so they can standardize their data.

Even if you don’t live near the ocean, you can still help researchers out by offering them feedback on their new eOceans platform.

Take Part: Join Our Ocean in COVID-19 on SciStarter.org.

Animals of the Forest Floor