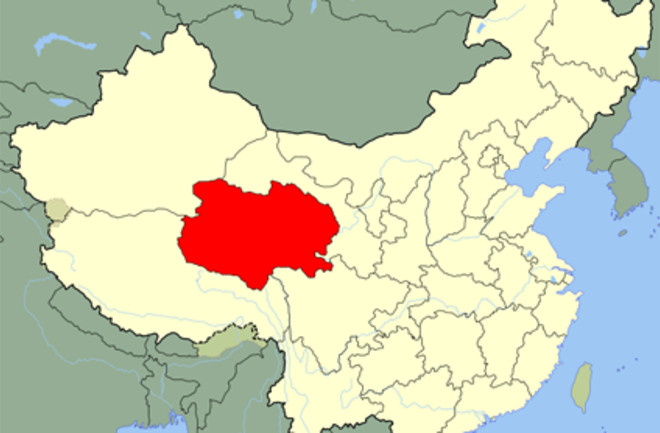 A magnitude 6.9 earthquake struck China's southern Qinghai Province this week. The death toll now stand at more than 600, and rescuers pulled more than 1,000 people from the rubble alive. But, geologists say, this quake doesn't seem linked to the massive one that shook the nearby province of Sichuan two years ago.

"It's not the same fault, it's a consequence of the same bit of global tectonics, which is the collision of India with Asia. That's the only link I'd make," said Dr David Rothery [BBC News]

. The May 2008 Sichuan earthquake resulted from a thrust fault, which happens frequently in the region near the Himalayas where India and Asia collided long ago. But although this week's quake happened not far from there, Rothery says it was a strike-slip event, which happens when there is sideways movement along a fault line. That's the type of event that caused the January earthquake in Haiti. The results have been devastating in the rural region of Qinghai.

As many as 70 Buddhist monks were reported dead in the collapse of one monastery, Thrangu, about six miles outside of Jiegu. Some of the worst casualties occurred at local schools, where Xinhua reported at least 66 students and 10 teachers dead, including 32 at an elementary school and 22, 20 of them girls, at Yushu Vocational School [The New York Times]

. As in Haiti, poorly built structures worsened the death toll. And rescuers continue to be hampered by a number of difficulties: Qinghai is difficult to reach, cold, and at an altitude of approximately 13,000 feet. With so much shaking going on in 2010—including major earthquakes already in Haiti, Chile, Japan, and elsewhere—the question on many minds is whether the planet is becoming more prone to earthquakes. For geologists, a few months are less than the blink of an eye compared to the timescales with which they work. But, they say, there is natural variation in seismic activity.

"Relative to the 20-year period from the mid-1970's to the mid 1990's, the Earth has been more active over the past 15 or so years," said Stephen S. Gao, a geophysicist at Missouri University of Science & Technology. "We still do not know the reason for this yet" [LiveScience]

. 2010's quakes aren't "unusual" activity, the U.S. Geological Survey says. But, they have been so clustered and so deadly that they've created the unshakable impression of an increasingly-shaky planet.

"What happens is when a lot of people get killed there's a lot of reporting of it, and if an equally big event occurs somewhere out in the middle of nowhere it doesn’t attract the attention," said G. Randy Keller, professor of geophysics at the University of Oklahoma [LiveScience]