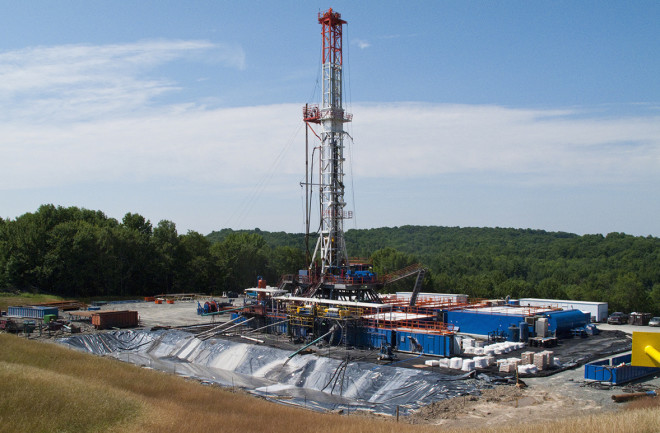 Microbiologists often seek life in the planet’s extremes — from below ice sheets to within geysers. But Appalachian Basin scientists found hydraulic fracturing, or fracking, also provides its own inhabited extremes in their backyard.

The process mixes water with sand and chemicals, then uses the pressurized concoction to rip open rocks underground and liberate natural gas. And that’s where the never-before-seen bacterium Candidatus Frackibacter thrives — 1.5 miles deep in the salty leftovers.

For nearly a year, researchers sampled and grew bacteria from the wastewater of two wells hundreds of miles apart in different rock formations, according to their September Nature Microbiologypaper. Surprisingly, the wells had nearly identical ecosystems, and C. Frackibacter lived in both.

The team also found 30 already known organisms, which likely were injected into the fracking wells from surface ponds. But Frackibacter lived only in wastewater, and researchers suspect it was key to creating the wells’ self-sustaining ecosystems.

The scientists are now sampling other wells, but they’re also hunting Frackibacter in rock cores from pristine, unfracked sites. “That would be the real clincher, that Frackibacter is indigenous to the system,” says Ohio State University microbiologist and study co-author Kelly Wrighton.

How did it get there in the first place? Frackibacter could’ve been entombed in rock eons ago and sat dormant until the wastewater arrived, Wrighton says. “I’m hopeful we’ll see other things like it now that we know to look.”