Deep in the Jungle, A Fungus Pumps Out Diesel From Wood 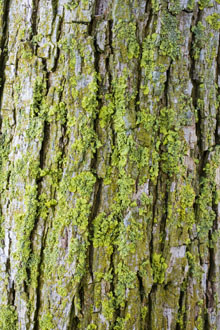 A newly discovered tree fungus could be on its way to the gas station. The fungus, Gliocladium roseum, is able to turn plant matter into gaseous hydrocarbons that are almost chemically identical to diesel fuel.

"This is the only organism that has ever been shown to produce such an important combination of fuel substances," said researcher Gary Strobel from Montana State University. "The fungus can even make these diesel compounds from cellulose, which would make it a better source of biofuel than anything we use at the moment" [LiveScience].

Currently, the production of biofuel requires copious amounts of chemicals, heat, and pressure, which has prevented real commercial success for the young biofuel industry thus far. Ethanol plants can ferment ears of corn into useful alcohol, but most of the corn, like other plant matter made of hard-to-digest cellulose, goes to waste. Making biofuel from cellulose is a difficult two-step process that requires first breaking down the cellulose into simple sugars and then synthesizing the sugars into complex hydrocarbons. But G. roseum can do both, leading scientists to eye "myco-diesel" as a potential source of renewable energy.

The fungus grows inside trees in the rainforests of Patagonia, in the southern part of Argentina and Chile.

After discovering the new fungus wedged between cells in a stem from an Ulmo tree (Eucryphia cordifolia), Strobel and colleagues cultured the organism, collected the gaseous compounds it produced, and ran the compounds through a mass spectrometer to identify them. When he saw the printout, Strobel says, "every hair on my body stood up." The list included octane, 1-octene, heptane, 2-methyl, and hexadecane--all common components of diesel fuels [ScienceNOW].

The gaseous compound, dubbed "myco-diesel," is thought to be used by G. roseum to poison other fungi.

Stroble suggests, instead of using farmland to grow biofuels, G. roseum could be grown in factories, like baker's yeast, and its gases siphoned off to be liquefied into fuel... Another alternative, he said, would be to strip out the enzyme-making genes from the fungus and use this to break down the cellulose to make the biodiesel [AFP].

Montana State University currently has a patent on the fungus. Strobel is teaming up with his son, Scott Strobel, a biochemist at Yale University, to sequence the genome of the fungus.The Strobels seem determined to keep the exact location of the fungus a family secret. Asked where the fungus had been found, [the elder Strobel] pointed to the experiences of the 1848 gold rush and said the location had to be protected: "The answer to that is, what if we pushed ourselves back about a hundred and fifty years and you heard a story about a guy finding gold out in California?" [AFP]

Related Content: DISCOVER: Anything Into Ethanol DISCOVER: Biofuel Farming Looks to Be an Environmental Disaster 80beats: Genetically Engineered Bugs Could Produce Cheap Biofuel 80beats: Backlash Over Biofuel Builds in Europe 80beats: Biofuels or Cheap Food: Do We Have to Choose?Image: iStockphoto