Cool New Animation of Arthur (When He Was Just a Tot) 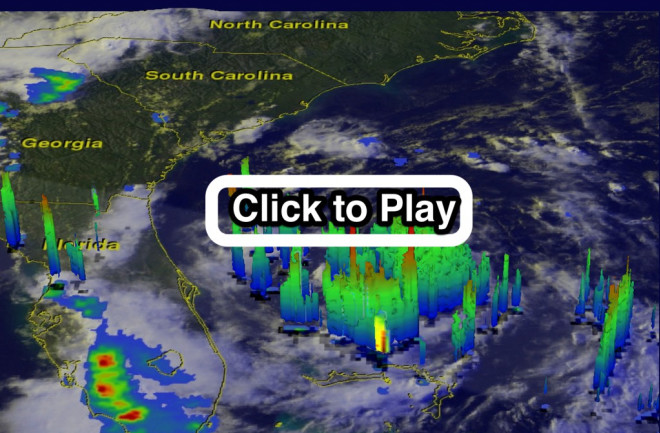 Heavy rainfall surrounds the center of a low pressure system on June 29, 2014, as measured by NASA's TRMM satellite. This low later developed into Tropical Storm Arthur. (Source: NASA/Hal Pierce, SSAI) Check out this new animation depicting the low pressure system that would later transform into Tropical Storm Arthur. (But a warning: If you're prone to motion sickness, you may want to take something for it beforehand... Just joking, sort of.) The data, gathered on June 29th by NASA's TRMM satellite, allowed scientists to construct 3D images of the storm. These images show areas of rainfall, the precipitation's intensity, and how high into the atmosphere clouds have blossomed. Individual images were put together to create the animation above. The red tips of the structures in the animation show thunderstorms that have risen fairly high in the atmosphere. As NASA puts it:

Since these data were gathered, the storm has intensified greatly. For the latest details, please see my earlier post from this afternoon.