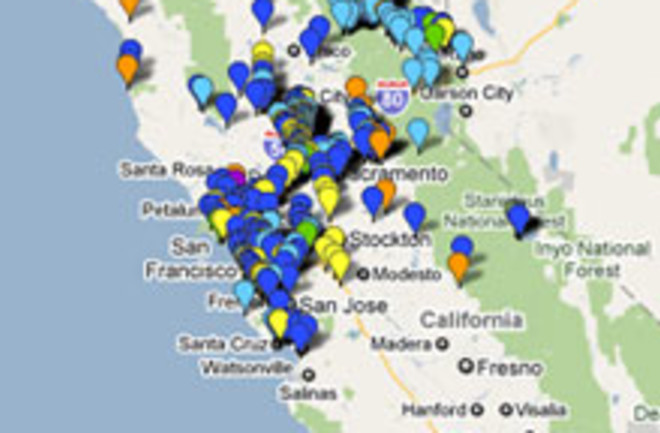 California science needs a favor from you. Can you drive around until you spot some roadkill, and then--instead of jerking the wheel, squealing in disgust, and averting your eyes--can you instead take careful note of the species and location? For one year now, helpful motorists have been contributing info to the online California Roadkill Observation System, and lead scientist Fraser Shilling of the University of California, Davis has just released the data from this citizen science survey. The press release reports that over 6,700 roadkill observations were made by 300 people, and the road victims covered 205 animal species "from acorn woodpeckers to zebratail lizards." Raccoons were the most common casualties. Shilling hopes the data from this ongoing project will eventually help transportation planners design more wildlife-friendly roads, and is grateful to the motorists who have contributed their time. Like the man known to his friends as Doctor Roadkill, a 69-year-old retired veterinarian named Ron Ringen who has logged more than 1,000 dead animals into the system. The New York Times reports that Shilling and his colleagues hope to expand the project by building a smartphone app.

They think one would attract new and younger volunteers, speed up the process, and, with built-in GPS function, assure more accurate location information.

Which means you may one day be able to say, "Roadkill? There's an app for that." Related Content: Discoblog: High-Tech Roadkill Prevention, Coming Soon to a Highway Near You

80beats: Crowdsourced Science: 5 Ways You Can Help the Hive-Mind