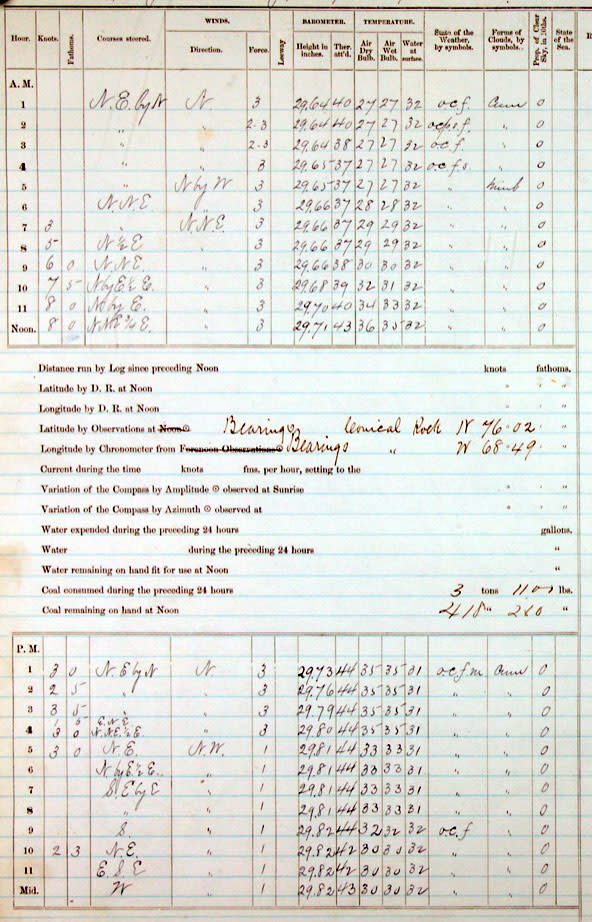 Enlist to help scientists decipher climate data from historic ship logs, like this one at the <a href="http://www.oldweather.org/">Old Weather project</a>.  | zooniverse.org 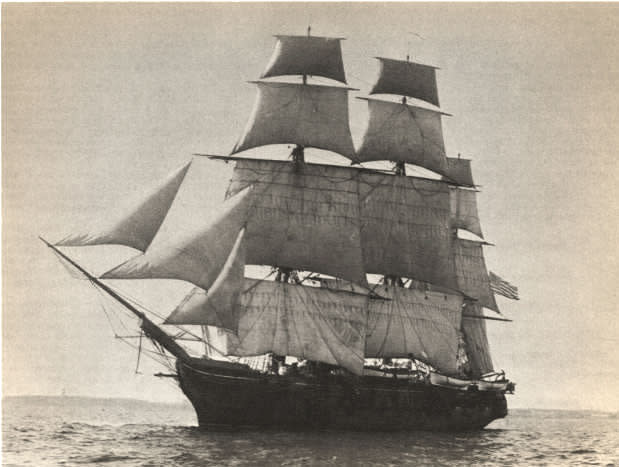 Panic sets in quickly. My promotion to lieutenant and, I might add, the future of the planet may depend on it.

I am a cadet in the Old Weather Navy, a joint U.S.-U.K. web-based project that recruits citizen scientists to decipher the climate data recorded in old ship logs.

Climate modeling is fiendishly difficult not only because of its innate complexity but also because of the paucity of historical data. Climatologists have long coveted the wealth and precision of weather observations contained in antique logbooks. Sailors measured winds, temperatures, barometric pressure and cloud conditions as well as sea ice and animal sightings.

Not only is the data detailed and meticulous, it is considered highly reliable. The lives of the sailors themselves depended on its accuracy, and it was an offense to falsify it. But until now, the records were a buried treasure.

The sheer number of logs made it impossible for researchers to transcribe the data themselves, and computers are famously bad at reading human handwriting. That’s why Old Weather has been recruiting landlubbers like you and me since October 2010.

Winston Churchill reputedly said the British Navy was run on rum, sodomy and the lash. Old Weather instead relies on our competitive streak to keep us battening down the hatches. Volunteers enlist in a “crew” on one of several ships. We all begin as cadets and are promoted to lieutenant when we have transcribed a certain number of pages.

The “captain” of the vessel is the volunteer who has transcribed the most pages of that particular ship’s log. There are currently more than 900 recruits in the Old Weather navy crewing 17 vessels. The data points we collect will be maintained in a public database.

After three hours of transcribing the 1845 log of the USS Jamestown, a beautiful 32-foot beam sloop sailing the Atlantic seaboard, I finally decide the letter in question is definitely (maybe) an n. (Each page will be transcribed by several volunteers so my mistakes will be caught.) I input wind direction, hit enter and ... am granted my promotion. I am now a lieutenant! But since the planet still needs saving, I re-up and sail on.

Get Your Geek On

Got an idea to save the world but lack the stash of cash you need to do it? Want to get involved in real research without spending years in grad school? Looking for something sciencetastic for the younglings? Citizen science is all the rage, but it can be tough to know where to start. Here are some ideas:

This one-stop shop for ongoing citizen science projects can get you inspired with first-person posts about the joy of helping NASA measure features on Mars or being a “Splatter Spotter” who keeps track of roadkill. Then check out the Project Finder to search by topic and location for your fastest route to, if not the Nobel Prize, then at least a fun way to spend next Saturday.

If you’re long on ideas but short on scrilla, consider this hub for science-project-friendly angel investors. Tip: You might want to leave “aspiring evil mastermind” off your resume when pitching a project to develop sharks that shoot lasers.

Greg Landgraf’s user-friendly book serves as a field guide for parents interested in nudging their children (or focusing their enthusiasm) toward the wonderful world of science.