China’s Done Recycling Our Plastics. Where Do We Put 250 Billion Pounds Of Waste? 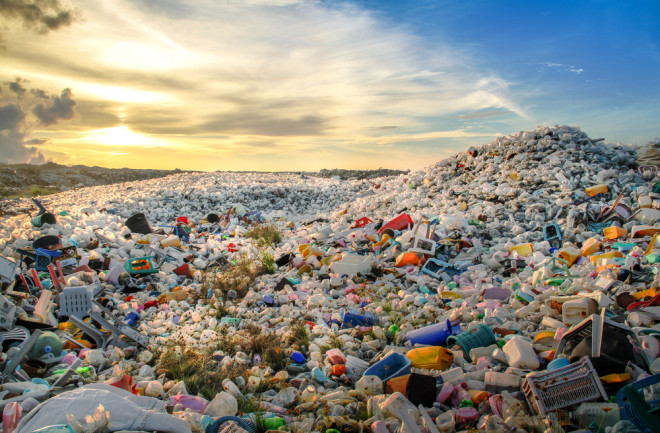 Wealthy nations send most of their recyclables to developing countries. (Shutterstock/Mohamed AbdulRaheem) The world is truly awful at recycling. Less than 10 percent of all plastic ever produced has been recycled — the rest goes to landfills and litter. And of that sliver of plastic that we do recycle, about half of it is shipped from wealthy nations to developing ones — especially China. Together with Hong Kong, China has imported nearly three-quarters of all global plastic waste in recent decades. And that’s how we ended up in this current mess.

Last year, China’s “National Sword” policy threw worldwide plastic recycling into nosedive. The nation banned imports of non-industrial plastic waste through 2030. The result? Some 250 billion pounds of plastic must now find a new home. That’s according to a study led by the University of Georgia and published Wednesday in Science Advances. No one’s sure what will happen to all that plastic now. And China's lost interest in recycling other materials, too. That stuff could be diverted to other countries, but most lack the infrastructure to recycle their own waste, let alone billions of tons from around the world. "We're going to have to develop more robust recycling programs domestically and rethink the use and design of plastic products if we want to deal with this waste responsibly,” study co-author Jenna Jambeck, an expert in plastic waste at the University of Georgia, said in a media release.

Recycling Not As Profitable

Since the early ’90s, China’s taken hundreds of billions of tons of plastic waste and turned it into packaging and raw plastic they can re-sell. And China’s processing fees were so low that the world was happy to ship their waste to the other side of the world. But in recent years, as plastic has dropped in quality, it’s gotten tougher for China to turn a profit on recycling. At the same time, the rapidly-developing country is also creating more of its own plastic waste, which lets them just recycle and reuse domestic product instead of relying on imported recyclables. The change has caused plastic recyclables to pile up in storage centers waiting on a solution, or for plastic prices to become worth it again. But, so far, there’s not an obvious end in sight. If no one steps up to solve the problem, an even higher percentage of plastics will now end up in landfills. "Without bold new ideas and system-wide changes, even the relatively low current recycling rates will no longer be met," Jambeck said.