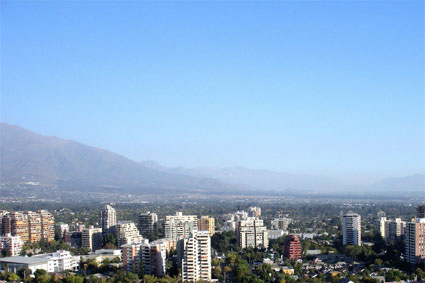 Chile's earthquake woes seem to know no end. Geologists are now saying that Chile's deadly 2010 quake may have actually increased the risk of another destructive one. The 8.8-magnitude earthquake that struck last February relieved seismic stress in some areas--such as southern Santiago--but not in an area dubbed the "Darwin gap," which lies on the coastal area near Concepcion, according to a study published in the journal Nature Geoscience.

To see if the 2010 quake might have helped release pent-up stress in the Darwin gap, scientists modeled how it might have affected the gap by analyzing tsunami readings gathered by gauges in the water and land observations taken by satellite, GPS and the human eye.... The investigators found the earthquake ruptured only part of the Darwin gap. An area of stored energy remains unbroken there, and the 2010 earthquake might have actually stressed it further.... [Said study coauthor Stefano Lorito]: "A new magnitude 7 to 8 earthquake might be expected in that region." [OurAmazingPlanet]

It's called the "Darwin gap" because a similar earthquake in the region was witnessed by Charles Darwin in 1835. The zone of un-relieved stress derives from the movement of tectonic plates:

They found that a continental plate beneath the Pacific Ocean was sliding under the South American mainland at a rate of about 6.8 cms (2.7 inches) a year, so that a total of almost 12 meters (39 ft 4.4 in) of stresses had built up since 1835. [Reuters]

But the process of pinpointing and predicting a future earthquake isn't as easy as measuring stress--it's a complicated process. Says Lorito:

"It's impossible to predict exactly when a new quake might happen." [Reuters]

So while geologists aren't sure exactly when or where the next earthquake will strike, they do know that another big one is likely. And that knowledge, however lacking, may just save lives as Chile prepares its buildings and citizens for another rumble. Related Content: 80beats: In a Year Rife With "Natural" Disasters, Much of the Fault Lies With Us 80beats: Why Chile’s Massive Earthquake Could Have Been Much Worse 80beats: Uh-Oh: Another Quake Could Be Looming on Haiti’s Main Fault 80beats: China Earthquake Increased Stress on Other Faults DISCOVER: The Next Big Quake