Chemical Overkill: Too Much Fertilizer Is Endangering China's Soil 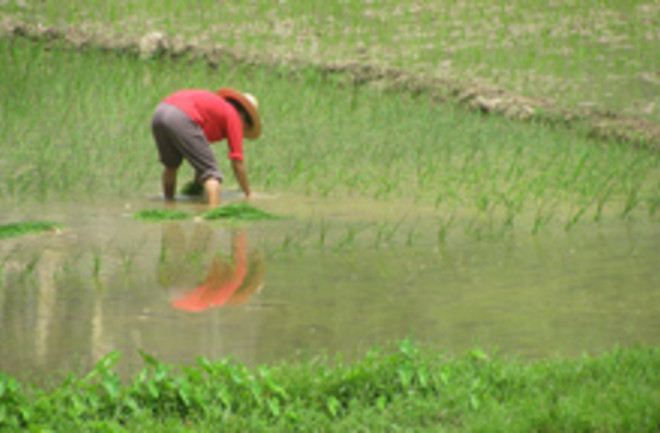 Recently at 80beats we've covered some of troubles China has had with toxins leaking into its waterways from petroleum spills and the environmental degradation caused by mining for rare Earth metals. But in a study this week in Science, Zhang Fusuo raises another concern: The country's soil is on the path to being dangerously acidic. Zhang's team looked at the government's research data for soil over 30 years, and also compared a survey of China's soil conducted in the 2000s to one from the 1980s.

. When soil lowers in pH and therefore becomes more acidic, it becomes more of a haven for pests and nematodes and less of one for plants—most plants prefer the neutral range between a pH of 6 and 8. If the trend continues, Zhang argues that China could have trouble producing enough food for its population. Zhang points his finger at the overuse of fertilizer; the amount used in China has increased more than 50 percent since the early 1980s, a rapid ramp-up that he says is driving the change.

"The average pH in all of China has decreased by 0.5 unit in the last 20 years. Left to nature, a single unit change needs hundreds of years or even over 1,000 years, but we have got this change now due to fertilizer overuse," Zhang said [Reuters]

. Acid rain can also contribute to acidity, but Zhang says the evidence points to fertilizer as the primary culprit. ScienceNOW cites a few dissenting scientists who say that Zhang's team's data needs to be more site-specific, and not just taken from samples strewn across the country, to be truly vital. But they agree with him that fertilizer use in China can and should be cut sharply. According to Zhang, farmers overused fertilizer in a somewhat haphazard fashion over the years, hoping to increase their yields. But what they got instead, he says, was air pollution and soil dwindling in productivity because of its pH drop.

The acidification has already lessened crop production by 30-50% in some areas, Zhang says. If the trend continues, some regions could eventually see the soil pH drop to as low as 3. "No crop can grow at this level of acidification," he warns [Nature News]

. Related Content: 80beats: 40,000-Gallon Diesel Spill Reaches China's Yellow River 80beats: 1/3 of China’s Yellow River Not Even Fit for Industrial Use 80beats: Dams May Degrade One of China’s Remaining Healthy Rivers 80beats: Isn’t it Ironic: Green Tech Relies on Dirty Mining in China Discoblog: A Year After the Olympics, Beijing’s Air Quality Back at Square One