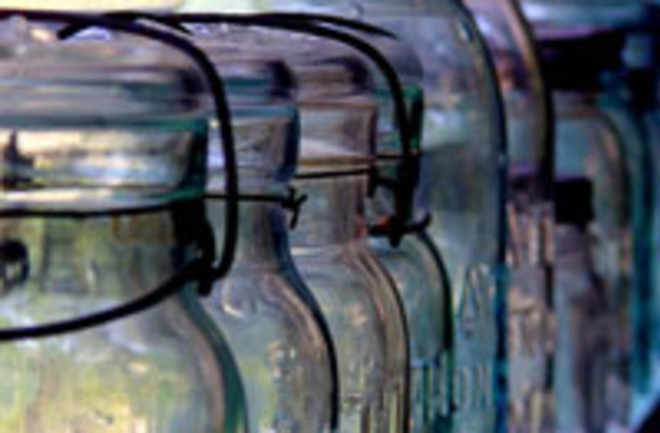 If the frustrations of daily life are getting to be too much for you, don't keep your feelings bottled up--throw bottles! That's the philosophy behind New York City developer David Belt's newest project. "Glassphemy!" entails throwing used glass bottles in a 20-by-30-foot glass box in Brooklyn. Participants stand on one of two platforms in the box, hurling glass at the other end and watching it shatter, according to The New York Times:

""The bottles smash fantastically, artfully designed lights flash, and no one is harmed. “Recycling’s so boring,” Mr. Belt said. “We tried to make it a little bit more exciting. He added, “People just want to smash things.”"

The bottles are donated by local bars and provide more than a chance to get out some aggression; they also show the versatility of discarded glass. That's because instead of being thrown out, the glass fragments will be collected and recycled, taking into account suggestions submitted by readers to the DIY magazine, ReadyMade. One possible use is grinding the glass and using it as sand in the beer garden that will eventually make its home on Glassphemy!'s site.

"[Another possible recycling method entails a] DIY glass polisher out of a cement mixer that is powered by a couple of bikes chained together; the smooth, colored shards created after hours of pedaling are pretty enough to become part of lamps that light the space."

The caveat? The project isn't open to the public. Still, if you submit a great recycling idea to the developer's company, Macro Sea, you may be lucky enough to get an invitation.