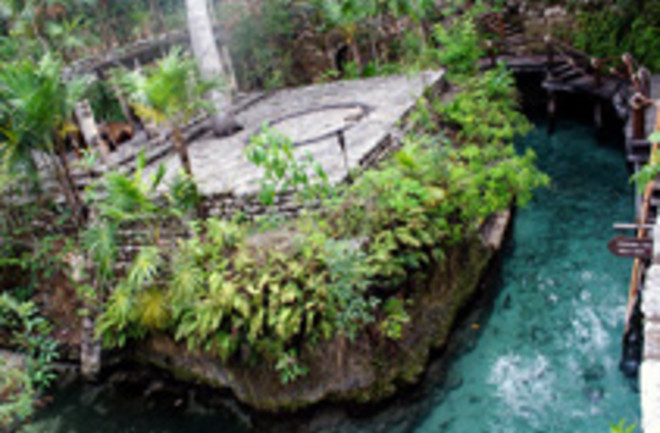 A new study of fossilized coral reefs in Mexico has revealed that sea levels have risen abruptly in past epochs, which researchers say supports the theory that ocean levels could rise dramatically again in response to global warming. The study

suggests that a sudden rise of 6.5 feet to 10 feet occurred within a span of 50 to 100 years about 121,000 years ago, at the end of the last warm interval between ice ages. “The potential for sustained rapid ice loss and catastrophic sea-level rise in the near future is confirmed by our discovery of sea-level instability” in that period, the authors write [The New York Times].

Other researchers have previously found evidence of rapid sea level rise as ice ages gave way to more temperate eras, causing vast ice sheets to melt. But because the coral shows evidence from a warmer

However, not everyone is convinced that the authors have proven their case. Some experts argue that the researchers haven't definitively shown that the coral fossils date from 121,000 years ago. For the study, published in Nature, geoscientist Paul Blanchon examined ancient reef fossils uncovered during the excavation for a new resort and water park on the Yucatan Peninsula, called Xcaret. Blanchon says

his work revealed a clear point where an existing reef died as the sea rose too quickly for coral organisms to build their foundation up toward the sea surface. Once the sea level stabilized again, the same group of corals grew once more, but farther inshore and up to 10 feet higher in elevation, a process known to geologists as backstepping [The New York Times].

Blanchon determined the age of the fossils by measuring the decay of the radioactive element thorium in the rock, and also by comparing them to reefs in the Bahamas whose age has been established. But climate change expert Tad Pfeffer says that Blanchon's age estimates aren't accurate enough to support his theories.

"It's an interesting idea, but one that for me is only suggestive and not compelling," Pfeffer said. "I'd want to see something more solid than this if I'm going to buy the idea of such rapid sea level rise at the time [of the last interglacial]" [National Geographic News].