Can the Moon Make an Earthquake Worse? 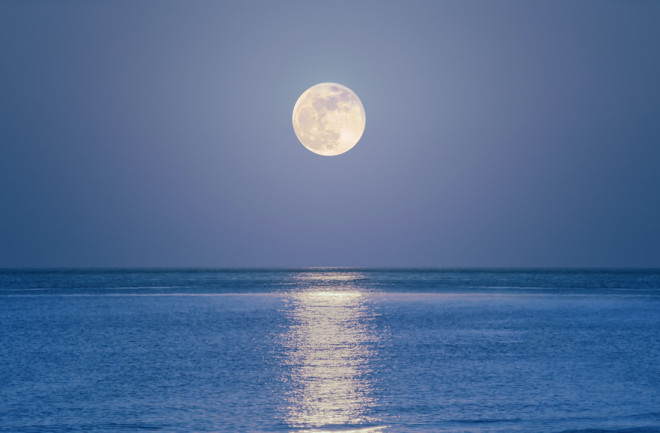 When an earthquake occurs, it represents the release of years, sometimes decades or centuries, of pent-up stress. Somewhere along the fault line, a section of rock can take the strain no longer and gives way, allowing a tectonic plate to jerk into motion in a series of spasmodic shudders.

The factors that determine when, where and why earthquakes happen are numerous, and we’re still a long way from figuring out how to reliably predict them. But, it turns out that one of the many small stresses leading up to an earthquake may be extraterrestrial.

In a study published Monday in Nature Geosciences, a team of Japanese researchers say that they have found a statistical correlation between periods of excessive tidal forces and large earthquakes.

The tides, of course, are a consequence of the moon’s gravitational tug. As it orbits the Earth, the moon pulls a small bulge of water with it, sloshing the oceans back and forth. And, just as the oceans move with the moon, so too does the land. The Earth’s crust actually moves by about a foot every day due to the motion of the moon, a so-called “land tide.”

The subtle flexing of the Earth’s crust could be another factor in determining when the critical points along fault lines give way. As the moon tugs on the rock, it could provide that final nudge that sets a cascading series of larger slips into motion, creating an earthquake.

The researchers say that several major earthquakes in recent history happened during full or new moons, when the sun, Earth and moon line up, and tidal stress is at its highest. In addition, the ratio of large earthquakes to smaller temblors appears to increase during that time.

Interestingly, however, there appears to be no correlation between tides and smaller earthquakes — the relationship only holds for the largest rumbles.

In all, nine of the 12 biggest quakes on record happened near new or full moons, a number that appears to exceed chance. This included the 2004 Indonesian earthquake and ensuing tidal wave, and the 2011 earthquake in Japan that caused the Fukushima nuclear disaster.

The idea that the moon’s gravitational tug may kickstart earthquakes is not new. The researchers cite papers going back to the 19th century that examined the link between lunar cycles and earthquakes.

More recently, a paper from researchers at the U.S. Geological Survey found that a specific kind of deep earthquake at the San Andreas fault was more likely to occur when tidal forces were increased during the two-week fortnightly tide cycle. Scientists have never been able to find any conclusive evidence of a link, however.

Both papers stop far short of saying the Moon is causing earthquakes, though. Instead, it seems that the tidal forces the moon exerts may cause what could have been a small quake to grow much larger.

The mechanism by which this happens is still unclear, however. Tidal forces are just one of many, many factors all working together to push, pull and twist the Earth’s crust, all of which combine to occasionally produce a quake. Somewhere along that chain of events, the moon could provide the extra nudge needed to set the earth in motion.

Knowing that the movements of the moon affect how earthquakes happen gives us a better idea of when and where they’ll strike.