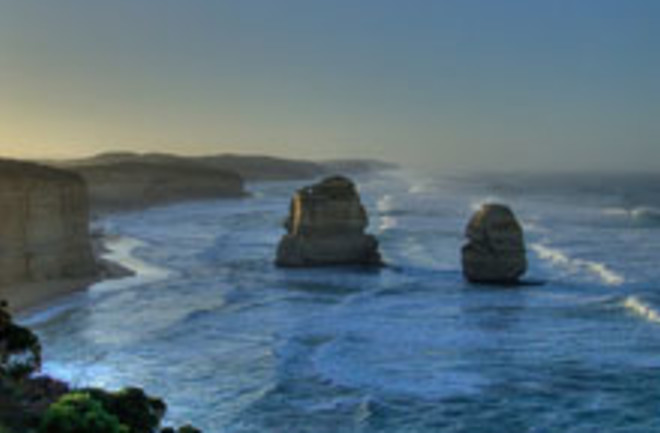 Navy chemists are claiming they can take seawater and turn it into hydrocarbon fuel—which, if it ever happens, would be great, since the ocean contains 140 times the amount of carbon dioxide held in the air. But right now, the notion of an endless supply of jet fuel from the Atlantic seems too good to be true. Granted, the idea is gaining ground: Researchers are working on the process of taking carbon dioxide from ocean water and mixing it with hydrogen that has been split from water molecules. And Naval Research Laboratory chemist Robert Dorner has even been able to create fuel from refined seawater by tweaking a process that normally uses coal to produce hydrocarbon fuel. But before seawater can become a gasoline resource, the researchers will have to figure out the right catalyst to use. In general, too much methane is produced when the wrong catalysts are used in fuel-making, causing fewer hydrocarbons to form—which means less fuel is produced. So assuming it all gets ironed out, what are the chances this would ever work? Well, scientists have been able to take just about anything and turn it into oil, including turkey, poop, and human corpses—but these alternative sources still haven't become anything close to major sources of fuel. Related Content: Discoblog: Robot Fuels Itself on Grass, Wood, and Human Corpses Discoblog: Sewage-Powered Buses Discoblog: Styrofoam Ups Biodiesel Performance 80beats: Jet Fuel Made From Poisonous Jatropha Seeds