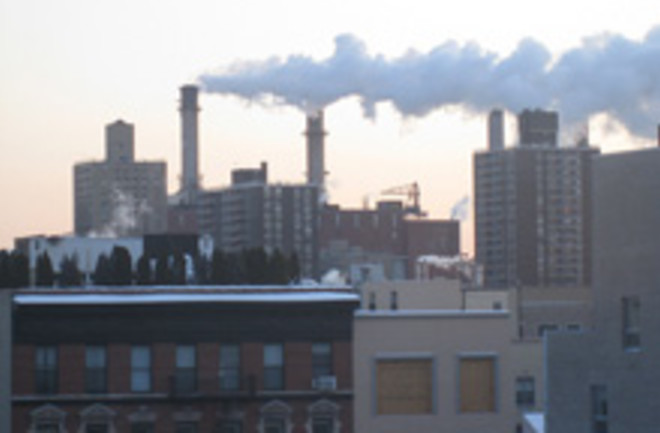 If the human race continues on its present industrial course, by 2040 we will have added more than 1 trillion tons of carbon dioxide to the air--which will have caused an average global temperature rise of more than 2 degrees Celsius, or 3.6 degrees Fahrenheit. That's the scenario described in two newstudies, both published in Nature, that paint an ominous picture of global warming. A worldwide temperature rise of just a few degrees may not sound like much, but it would lead to wide-scale environmental disruptions including floods and droughts, and

As study coauthor Myles Allen explains, the analysis shows that humanity is hurtling towards that tipping point.

Industrial activity since the mid-18th century has already emitted 500 billion tonnes of carbon, so we are halfway there. "But don't let this fool you," says Allen. "On current trends we'll burn the next 500 billion in less than 40 years." If we carry on regardless, we will exhaust what Allen calls the "carbon budget for the human race" by 2040 [New Scientist].

The second study examined what it would take to prevent that temperature rise, and came to the conclusion that cutting

emissions means not burning as much fossil fuels, leaving about three quarters of the known reserves in the ground, the study authors said. "Not much at all of coal reserves can be burnt and still keep below" the 3.6 degrees of warming [AP]

some key governments appear to favour pledging milder cuts in the near term in return for more drastic ones in decades to come. "We have a number of countries - the US, Japan, Brazil - saying 'we will emit higher through to 2020 and then go down faster'" [BBC News].

The researchers argue that if nations fail to reduce their emissions soon, they'll be forced to adopt expensive adaptation methods, and may eventually be compelled to clean up the mess by actively removing carbon dioxide from the atmosphere. Related Content: 80beats: Global Warming Forces an Alaska Town to Relocate 80beats: Colorado River, Depleted by Climate Change, May Bring a Grand Drought 80beats: Carbon Capture and Storage Gets First Try-Outs Around the World 80beats: The Maldives Aims to Become First Carbon-Neutral Nation 80beats: A Rising Tide Swamps All Coasts: New Estimates of Sea Level Rise Spell Global Trouble