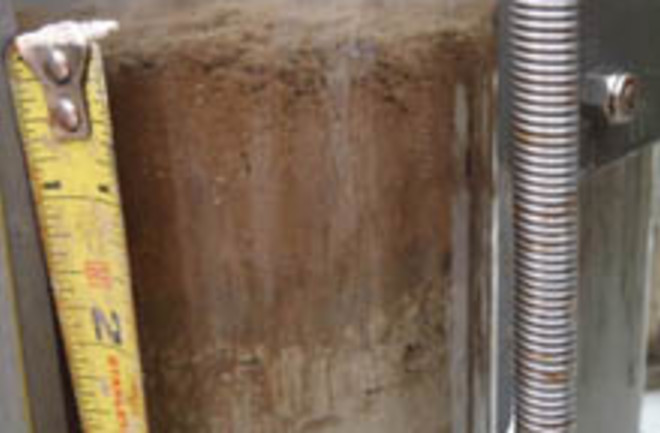 Five months later, BP might finally stop up its leaking well for good this week. As of yesterday, drilling crews had about 50 feet of rock left to drill through to complete their "bottom kill" operation.

Federal officials have said it should take about four days to drill the final stretch of the relief well so that it intersects with the original well. From there, it will probably take a few days to pump in mud and cement and perform tests to determine that the well is fully killed. [Los Angeles Times]

Meanwhile, we continue to hear conflicting reports regarding the whereabouts of the leaked oil, and how much of it persists in the Gulf environment. Last week we heard good news from the National Oceanic and Atmospheric Administration

, which said that not only were microbes consuming much of the oil, but they also weren't depleting the Gulf of Mexico's oxygen to dangerously low level, which had been feared.

Oxygen levels in some places where the BP oil spilled are down by 20 percent, but that's not nearly low enough to create the dead zones where fish can't live, according to a 95-page report released [last] Tuesday. [AP]

Other updates, though, aren't as rosy. Researchers are still trying to get a handle on where all the oil went, including that giant plume of oil

found in the Gulf, and how fast it might be breaking down. And then there's those new reports of a layer of slime. Samantha Joye, a professor of marine sciences, sailed on a research ship called Oceanus and found that a thick layer of oily sediment had settled on the seafloor for miles around the ruined well (seen in the sediment core in the photo).

"I've collected literally hundreds of sediment cores from the Gulf of Mexico, including around this area. And I've never seen anything like this," she said. [NPR]

In fact, she says, those microbes that have been helpfully eating some of the oil might have something to do with it. The microbes excrete mucus; as the mucus falls toward the seafloor, it picks up oil and carries it down. Joye still must confirm by chemical fingerprinting that the oil is from BP's busted well, but given how widespread it is, she says there's little doubt. Even with the muck at the bottom of the sea, though, The New York Times argues

that we might have gotten off relatively easy, because the BP mess could have been much worse.

Evidence is increasing that through a combination of luck (a fortunate shift in ocean currents that kept much of the oil away from shore) and ecological circumstance (the relatively warm waters that increased the breakdown rate of the oil), the gulf region appears to have escaped the direst predictions of the spring.... And preliminary reports from scientists studying the effects on marshes, wildlife and the gulf itself suggest that the damage already done by the spill may also be significantly less than was feared — less, in fact, than the destruction from the much smaller Exxon Valdez spill in Alaska in 1989 [The New York Times].