Blue Goo to the Rescue: A Look at Japan's Radioactivity Lint Roller 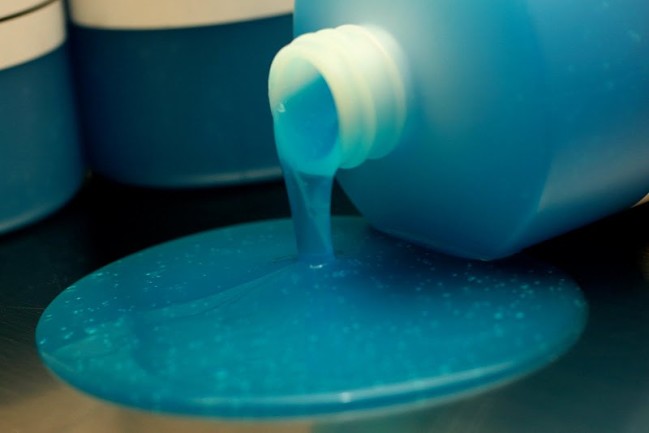 Radiation clean up is a messy business. And the usual approach is disturbingly low tech: human beings scrub radioactivity off walls, cars, and so on with soap and water. The dirty water, which is taken away to be further decontaminated, has a tendency to slosh around and leak, and it's heavy and hard to transport. Japanese officials are trying a new approach in the Fukushima cleanup, using a blue goo called DeconGel (see earlier coverage here). The goo is sprayed on to a surface (or applied with a paintbrush), allowed to dry, and then peeled off, bringing radioactive particles with it, like a lint roller on a cat hair–encrusted couch.

It took a lab accident to set CBI Polymers, which makes the gel, on the path to developing it. After cleaning up a pool of spilled experimental fluid, the researchers noticed that the floor was unusually clean. No amount of scrubbing could burnish the surrounding floor to the same pearly white. Three years later, in 2009, they released DeconGel, which has since been used to clean up everything from government labs at the National Energy Technology Laboratory to the Hungarian villages flooded by toxic alkali last year. 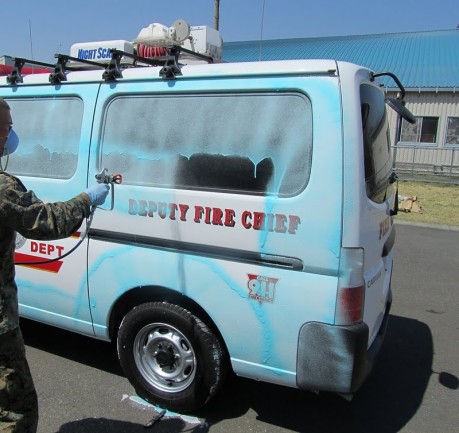 While DeconGel's precise chemical makeup is a secret, documents from the company show that it includes sodium hydroxide, a strong, caustic base, and ethanol, which acts as a solvent. The company donated 100 buckets of the stuff to the relief efforts. Here, a contaminated fire van in Japan is sprayed down. 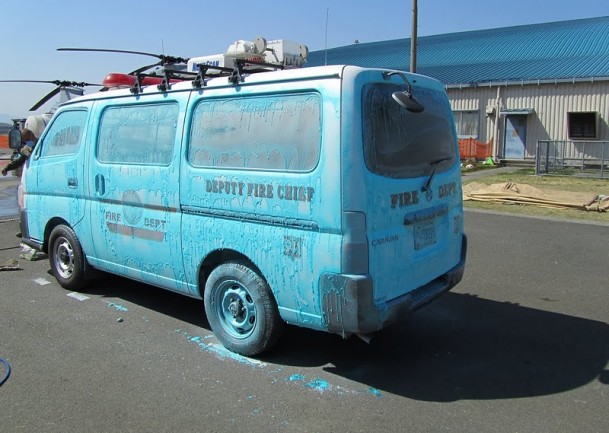 When the gel dries, it traps particles from dust to PCBs to beryllium within it. It doesn't actually eliminate radioactivity, but it does limit the amount of radiation that can leak out into the environment by keeping it from becoming airborne. The dried gel peels off easily, like sunburned skin. It's more compact than jugs of contaminated water, and it can be rolled up and shipped elsewhere easily. 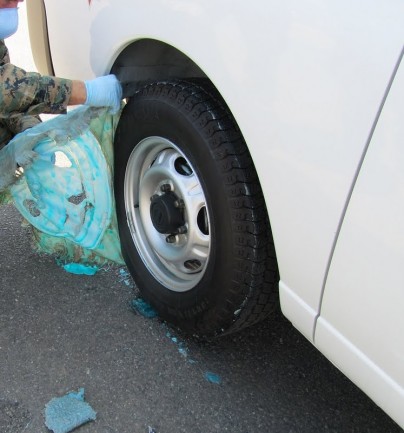 DeconGel is also picks up radioactive particles that regular methods miss, the company says. After regular decontamination, 1200-1500 counts per minute (a measure of radioactivity) were left on this van; Decon Gel removed an additional 800-900.