Bjorn Lomborg, Global Warming, and the Right to Bare Arms 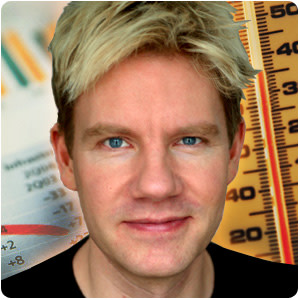 So: The latest is, I'm going to be blogging weekly for DeSmogBlog on global warming and sundry related matters. I'm a longtime reader of this site and a big fan of the folks up there in Vancouver who produce it--so I'm glad to be involved. My first item for the DeSmoggers has just gone up. In it, I take on the Danish environmental apostate Bjorn Lomborg's new book Cool It--and in particular, his section on hurricanes and global warming, which I find pretty off-base. Excerpt:

...from here, Lomborg grows increasingly misleading. Before long, we find him citing a late 2006 statement from the World Meteorological Organization as representative of the current scientific consensus on the relationship between hurricanes and global warming. There's nothing wrong with the statement itself, but Lomborg reduces its ten points down to only three--all of which cut in Lomborg's ideological favor--while failing to share the rest of what we know with his readers.

You can keep reading here. And while you're doing so, allow me to ascend my rickety (and rarely used) fashion critic milk crate to ask the following question: What the hell was Lomborg doing testifying before Congress dressed in a black shortsleeved Polo back in March? Check out the RealPlayer video here, or just consider the documentary evidence below: 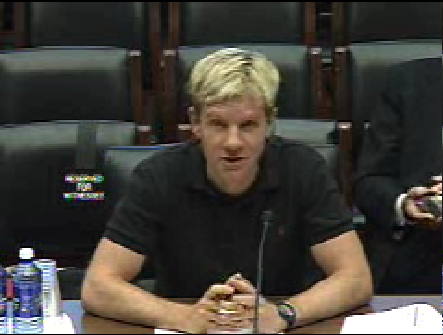 Now, I understand public intellectuals wanting to have a distinct image and all. Slash's frizzy hair, Andy Warhol's platinum...Lomborg's limbs. Indeed, as far as his sartorial style goes, YouTube confirms that Lomborg is a strong supporter of the right to bare arms. Dare to be different, Bjorn! But please also take some advice: Before Congress, it really just looked bad, and more than a little inappropriate.