Behind the Scenes of the Biosphere, Take Two 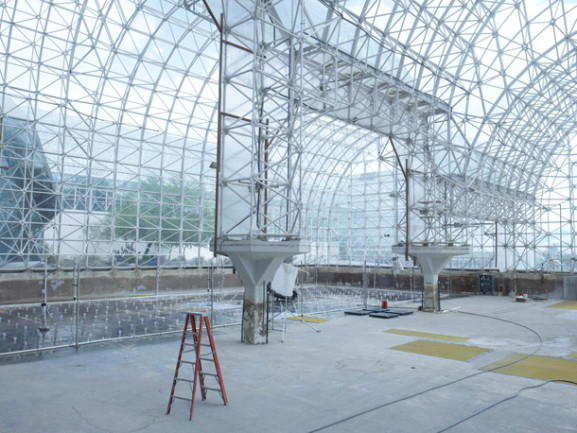 In 1991, a crew of four women and four men in jumpsuits sealed themselves into the Biosphere's 3.14 acres containing diminutive versions of a rain forest, a desert, an ocean, a mangrove swamp, a savanna, and a farm. The Biosphere 2 project would attempt to copy earth's life systems as a prototype for a future colony on Mars. Despite some successes, the dramatic failures of the Biosphere 2 are what most people remember--crew members suffered from high levels of carbon dioxide in the sealed atmosphere, hunger, and interpersonal conflicts. Today, the Biosphere is being used by scientists as unique lab space that is ideal for studying climate change impacts.

Photographer Douglas Adesko spent a few in Arizona days at the Biosphere, making a series of images to accompany the article "Life Under the Bubble" by Jordan Fisher Smith in Discover's October issue: "The natural environments are pretty cool, the most beautiful one is the desert. But the architecture is truly impressive. Huge empty enclosed spaces are always compelling, and the farm area is about the biggest I've been in--and it's all windows with a great view. The place has that quality of beautiful decay that's always seductive, but with a twist, since it's really not that old. Other parts just look cruddy. To me the most interesting place was the living spaces, which have a pronounced 80's trekkie look. These rooms really evoked the whole human drama of the place. You can feel the earnestness with which the participants approached the whole project, and this makes the story of their failure all the more interesting."

The former farm in the biosphere--you can see the old soil line on the concrete wall, which runs the entire perimeter. The space is now being used for a large scale experiment on irrigation runoff.

All photos by Douglas Adesko for Discover magazine. 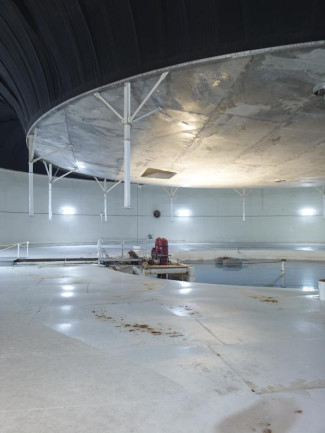 This is the south lung. Since the environment was sealed, there needed to be a way for the space to accommodate changes in air pressure. The huge baffle in the ceiling allows this room to expand and contract to absorb changes in pressure throughout biosphere. 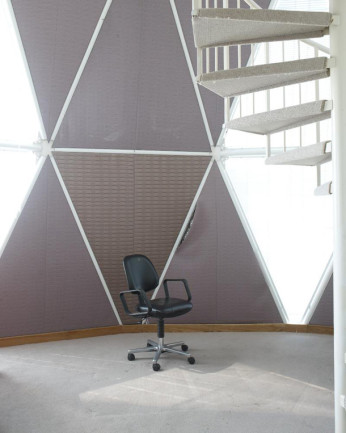 Section of the abandoned living quarters. 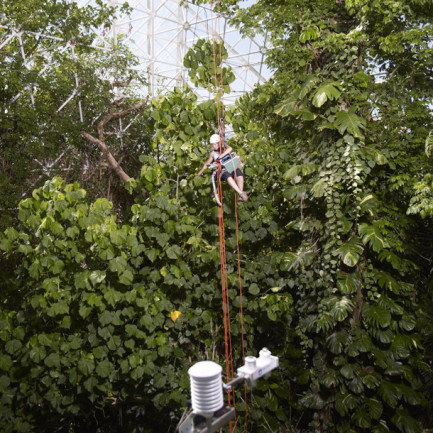 Canopy research at the top of the rainforest--it's about 110 degrees with 98% humidity. 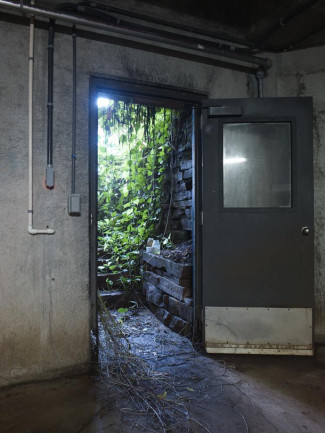 Behind the scenes in the rain forest environment. 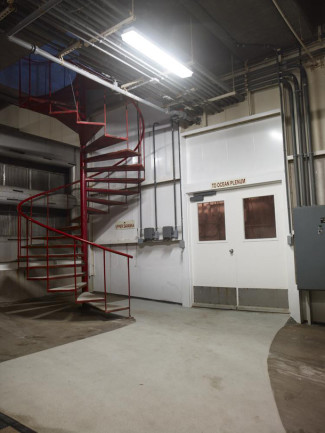 Behind the scenes near the little ocean. The various environments are linked by long basement corridors crammed with all the plumbing, ductwork and other equipment.