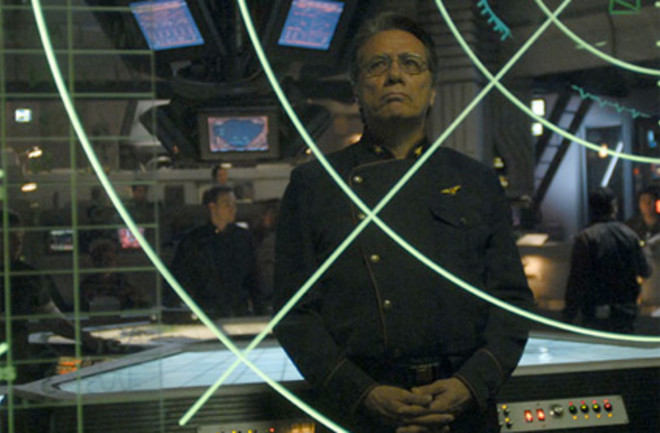 Here be spoilers! So after three-and-a-half seasons, the rag-tag fleet has made it back to Earth. And where do they land? My home borough of Brooklyn in New York City! Yay! Except it's a barren radioactive wasteland. Again. TV and film makers delight in flooding, smashing, vaporizing, freezing and otherwise depopulating New York. But it's not only science-fiction writers and directors who spend their time thinking about Apocalypse New York. The city government's Office of Emergency Management runs a cheery website called "What If New York City..." currently hosting the results of an open competition to design post-disaster provisional housing. Admittedly, the city seems to be more focused on the consequences of a freak hurricane than alien invasion, but perhaps that's understandable, given that in the Battlestar Galactica scenario the nearest suitable location for provisional housing is halfway across the galaxy.