[UPDATE: See comment # 5 for clarification and added detail about the Childs talk that I discuss below. Now I wish more SW archaeologists would weigh in...but most of them don't read blogs, as far as I can tell.] Craig Childs advising archaeologists on how to write for a popular audience is about as useful as Steven Spielberg advising them on how to make movies. (So you don't like Indiana Jones...well, here's how you can make your own movies...) There are very, very few scientists who have the inclination, much less the ability, to write for both an academic and general audience. In fact, I'd argue it's damn near impossible to pull off. I'm not sure I'd even suggest archaeologists waste their time trying unless they had a passion to write. And they knew how to use the literary tool box. Then there is this fact: scienitsts who have demonstrated the requisite motivation and writerly skills usually devote the majority of their time to communicating with a popular audience. They cease being active scholars. Via Gambler's House, I hear that Childs cites Steve Lekson as a shining example of archaeologist as popular communicator. No, that wouldn't be accurate. I say that as a big fan of Steve's. What Lekson does is write grand narratives that help archaeologists broaden their perspectives. (And instead of being appreciative, they criticize him for it.) To really communicate to a popular audience, Lekson has to take it to the next level and start emulating Jared Diamond, E.O. Wilson, Carl Safina, Oliver Sachs, Carl Sagan, et al. These are the real popular communicators of science; they are synthesizers, storytellers and literary talents. They are also a rare breed; if you're honest with yourself, you'll know whether you have what it takes to join that club. Instead, what I would suggest is that archaeologists learn from Gambler's House and become bloggers. And they need not possess the literary chops to reach a wider audience. Just look at the success of Real Climate. It's an influential group blog, comprised mainly of climatologists. They play a big role in the public climate debate. Another good example would be Savage Minds, an anthropology group blog. They don't have the same reach as Real Climate, but that's because their areas of interest don't intersect with controversial political and policy issues. Still, the success of both sites suggests it is possible to communicate to your fellow scientists and the outside world. Maybe in a few years, Gambler's House will be returning to Pecos to give a talk on how it's done. Meanwhile, if GH could write a post about the elephant in the big tent at Pecos, I'd be much obliged. 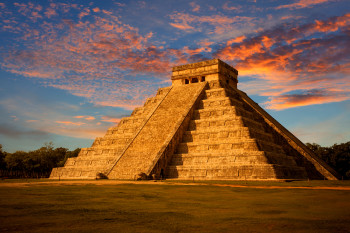