As Super Typhoon Haiyan Charges Toward Viet Nam, Four New Views of the Storm as Seen From Space

A loop of infrared satellite images shows Super Typhoon Haiyan passing over The Phillipines and into the South China Sea on Nov. 8, 2013. The red line shows its forecast track, and the cyclone symbols show its expected intensity. (Source: CIMSS) As reports of death and destruction begin to emerge from the Philippines, Super Typhoon Haiyan is now swirling in the South China Sea and headed on a track that's likely to take it up the coast of Vietnam as Category 1 or 2 storm on Saturday. The devastation in parts of the central Philippines is likely to have been catastrophic. Project NOAH projected that storm surges pushed up by Haiyan could have reached as high as 5.2 meters, or 17 feet, on the island of Leyte. Winds at landfall probably were at 190 to 195 miles per hour, according to Jeff Masters, director of meteorology at Weather Underground. Masters concluded yesterday that Haiyan was the strongest tropical cyclone to make landfall in recorded history. In a post today at his blog, he says we should expect grim news to emerge from The Phillipines:

Wind damage on the south shore of Samar Island in Guiuan (population 47,000) must have been catastrophic, perhaps the greatest wind damage any place on Earth has endured from a tropical cyclone in the past century.

The storm was both powerful and large. This image may help Americans judge its size: 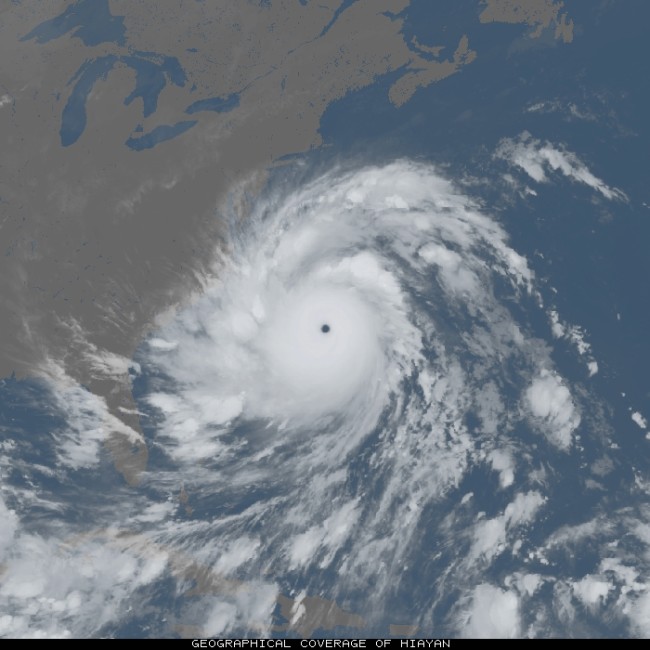 What if Super Typhoon Haiyan had charged up the U.S. Atlantic coast? (Source: CIMSS) This fictitious composite shows a satellite image of Haiyan superimposed over the Atlantic off the U.S. East Coast. It's quite evident that had the storm actually been in the Atlantic as opposed to the western Pacific, its tentacles would have spanned the distance from Florida all the way up to New England. Here's another perspective on Haiyan's size: 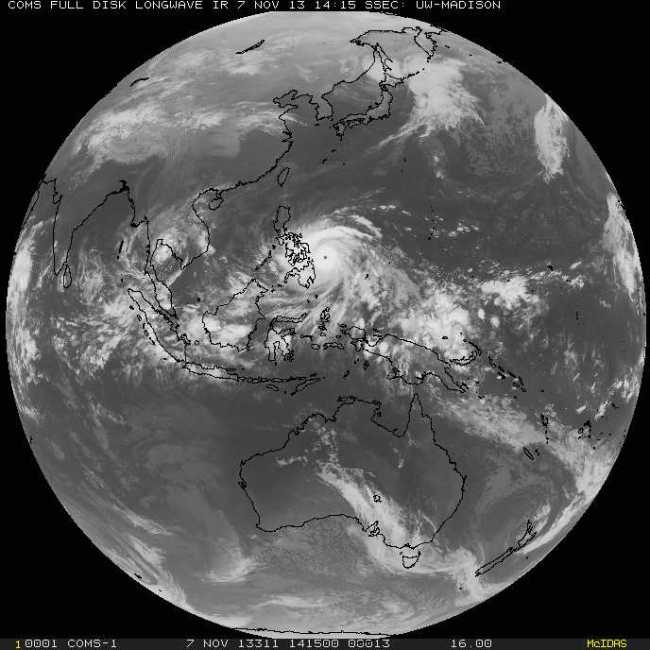