If and how to regulate arsenic consumption is more complicated than many other compounds. 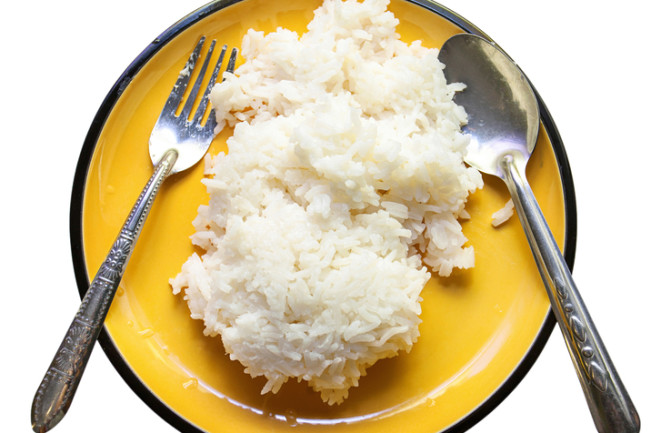 Researchers have known for some time that the food and drink we all consume contains arsenic. Should we be concerned? Aren’t we protected by federal regulations? Actually, no — we are not.

One important difference is that all of the compounds of mercury we find in food are equally toxic. This is not the case for arsenic. Although we normally think of arsenic compounds as potentially harmful, most of the arsenic we eat is harmless. Seafood, which contains by far the highest concentrations of arsenic, delivers it as arsenobetaine, an organic chemical containing arsenic that is innocuous to us humans. How then should arsenic in food be regulated? To do that well, we need to develop better ways to determine the amounts of arsenic and other chemicals in our foods.

Scientists are still in the early days of collecting data on the arsenic content of food. So far, we think the only widely consumed foodstuffs with the potential for long-term health problems due to the arsenic content are rice and all rice-derived products, such as flour, cakes, crackers and infant formulas.

Chemical analyses show that regardless of the origin of the rice, four arsenic-containing compounds account for about 95 percent of the arsenic that is released from rice on cooking. Two of the compounds, together known as inorganic arsenic, are known human carcinogens, and two (monomethyl and dimethylated arsenic) are possibly carcinogenic to humans, according the International Agency for Research on Cancer.

There’s a wide range of arsenic concentrations in food. If an in-food safety limit were set based on a concentration level only, it would designate all food from the aquatic environment to be unfit for human consumption, even though there is no health risk. So an arsenic-in-food standard needs to specify which arsenic compounds are to be regulated.

Also, the health risks depend on the concentrations of the carcinogenic inorganic arsenic, the amount of rice consumed and how often rice is consumed. Some researchers consider that to keep the risk of getting an arsenic-induced cancer to an acceptable level, the daily adult intake should not exceed a quarter cup of uncooked rice containing no more than 50 parts per billion (ppb), and that children should consume even less in proportion to their body weight.

The results from the analysis of a large number of rice and rice products presented by both Consumer Reports and the US Food and Drug Administration show almost all rice tested contained concentrations in excess — sometimes well in excess — of this 50 ppb limit. Brown rice has, in general, concentrations of arsenic higher than those in white rice.

Why Arsenic in Rice

We do not know how long we have been exposed. Only relatively recently have advances in chemical measurement technology made it possible to detect arsenic compounds at relevant concentrations in foodstuffs.

The first results for the measurement of arsenic in rice were made in 1998. The global extent of the contamination was not apparent until 2005, when it was realized that some of the highest concentrations of both inorganic and methylated arsenic compounds are found in rice grown in the U.S. Results so far show that all rice, regardless of variety and origin, contains easily measurable concentrations of arsenic compounds.

Why is there arsenic in rice? Rice is often grown in fields formerly used for cotton, whose production involved spraying with cacodylic acid (the dimethyl arsenic compound) to kill boll weevil pests, and then with arsenic acid to kill and desiccate the plant prior to mechanical harvesting. Rice also assimilates arsenic to a greater extent than other crops, such as wheat and barley.

Many of the arsenic-containing compounds that we eat and drink also come from processes involving naturally occurring arsenic, which is widely distributed on the Earth’s crust. All lifeforms, ranging from bacteria to primates, are capable of transforming the inorganic arsenic compounds derived from the minerals that get into the food web into a series of organic compounds, rendering them less toxic.

Since 2012, advocacy group Consumers Union has been calling for an arsenic-in-food standard and the implementation of arsenic reduction strategies, such as phasing out the use of arsenic-containing pesticides. However, the FDA is working on a study of the long-term risks and will not consider taking any action until this is complete.

Those of us who do not eat more than the amounts recommended by Consumer Reports can probably afford to wait. But some groups within the population, whose diet consists of largely of rice, such as sufferers from celiac disease, infants, and Asian Americans, should be hoping for action sooner rather than later. Asian Americans are the only US racial/ethnic population for whom cancer is the leading cause of death and a diet heavy on rice could contribute to this.

Not all scientists agree on how to assess the health risks of consuming inorganic and methylated arsenic compounds. But no matter what the basis, at the very least, a meaningful arsenic-in-rice regulation has to be supported by reliable information on the inorganic arsenic concentration. Unfortunately, the chemical measurement community is making slow progress towards this capability.

Furthermore, only a third of the participants actually submitted a result for the inorganic arsenic content, which probably means they were unable to determine the concentration of the most-harmful form. We know enough to be concerned, and consumers should be demanding more information. Incentives are needed not only to get rice suppliers to implement arsenic-reduction strategies but also to get analytical chemists to collaborate on the development of reliable methods. A hard-to-meet inorganic arsenic-in-rice standard of less than 100 parts per billion would be a good start. In the meantime, choose white rice (basmati or sushi), rinse it in cold water, and cook it in excess water — arsenic-free, of course.

Julian Tyson is a professor of analytical chemistry at the University of Massachusetts Amherst. This article was originally published on The Conversation. Read the original article.